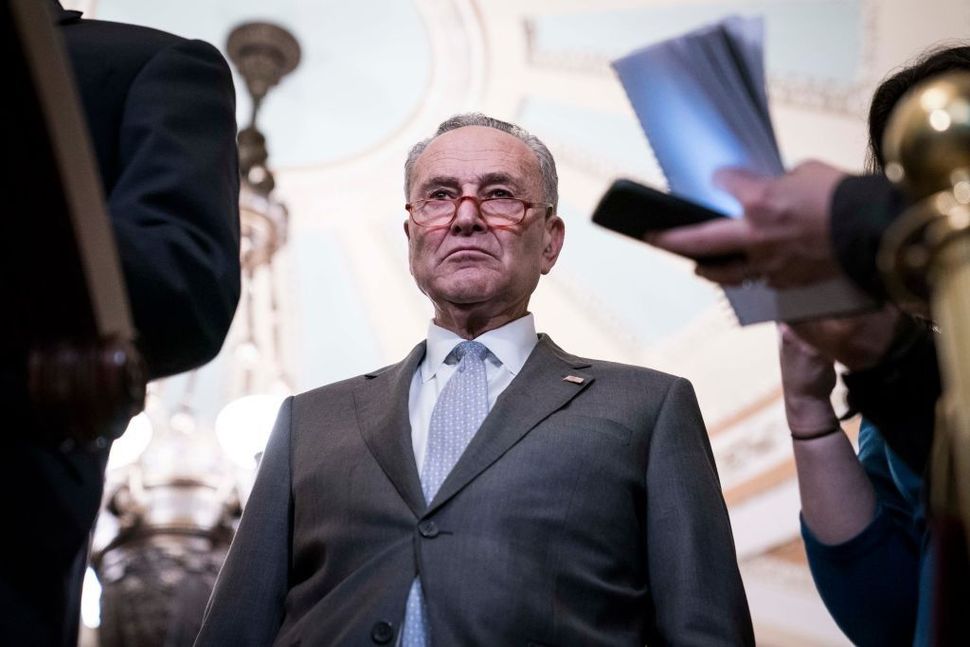 Senate Minority Leader Chuck Schumer was criticized after saying Wednesday that President Trump’s appointees to the Supreme Court, Neil Gorsuch and Brett Kavanaugh, would “pay the price” for ruling against abortion rights in a high-profile case currently before the justices.

Many interpreted the comments by Schumer, who is Jewish, as calling for violence should they rule in favor of Louisiana’s anti-abortion law, which was debated before the court Wednesday.

Later that day, Supreme Court Chief Justice John Roberts scolded Schumer, saying in a statement that the senator’s comments were “inappropriate” and “dangerous.” (Roberts made a similar statement in 2018 when he criticized President Trump for describing liberal justices as “Obama judges,” but had stayed silent during other Trump attacks on judicial figures.)

Some liberals criticized him too. “Having watched the Schumer clip a few times, it really was out of line!” tweeted Chris Hayes of MSNBC. “Not just for norms reasons (though I think those matter) but also because idle threats are dumb and expose impotence.”

But Schumer spokesman Justin Goodman denied that this was the senator’s intention, telling The Washington Post that the “price” was actually a political price to be paid by Senate Republicans who had voted to confirm the justices.