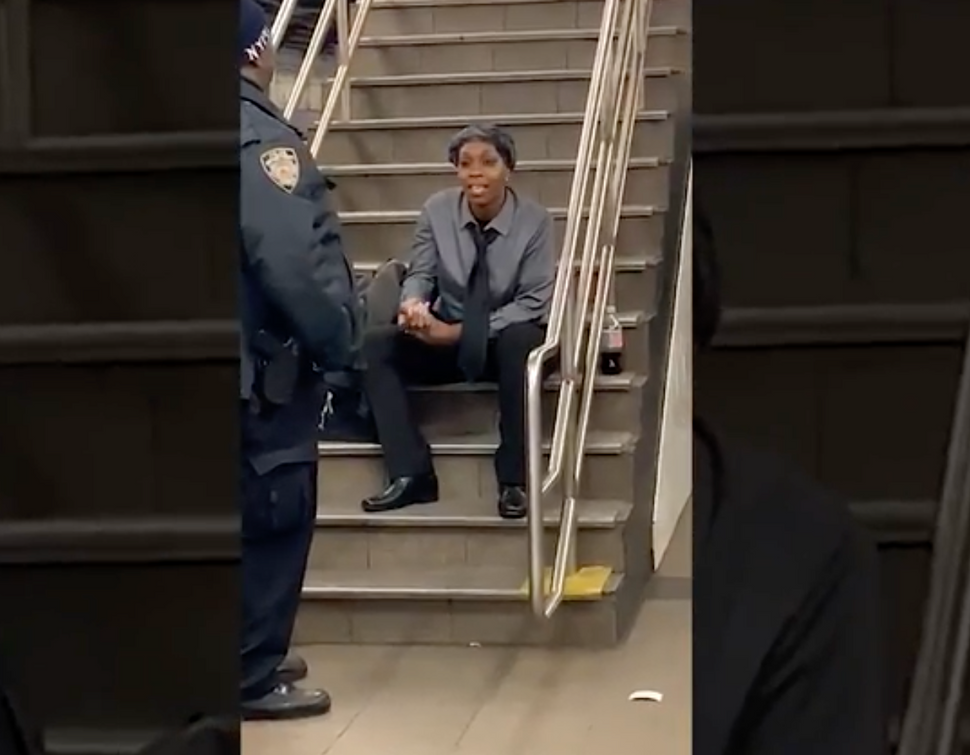 Zarinah Ali is charged with a hate crime in a NYC subway incident. Image by Youtube

(JTA) — A woman who is seen on video verbally and physically attacking an Israeli college student on the New York City subway has been indicted.

In the video Zarinah Ali, 38, uses anti-Semitic epithets including “You f—-in’ nasty a— Jews” and “You stinking a— Jew” while assaulting Lihi Aharon in December. A friend of Aharon’s recorded the attack.

Aharon was sitting next to a haredi Orthodox man on the subway and Ali shouted epithets at him as well.

“She was yelling at him, shouting at him, ‘Allahu Akbar’ [God is most great] and ‘Allah will kill you,’ ‘nasty Jews,’ she was citing clauses from the Quran and ‘when you see a Jew you got to kill him’ and she used a lot of profanity,” Aharon told Fox News.

She also said Ali smacked a cellphone out of her hand when Aharon tried to record the altercation, then grabbed and pulled on Aharon’s face and scratched her until she bled.

Ali was arrested the same day and charges with assault. A Manhattan grand jury returned the indictment last week.