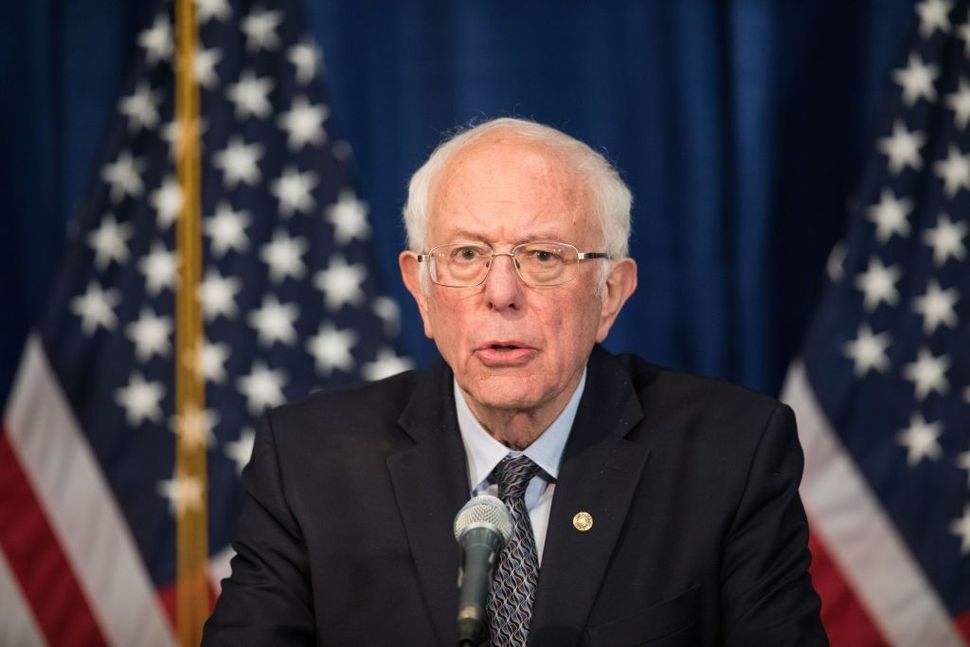 Sen. Bernie Sanders is highlighting the support that he’s receiving from American Jews ahead of presidential primaries on Tuesday in states like Florida which have large Jewish populations.

On Wednesday, the campaign sent out a press release highlighting the endorsement of the progressive Jewish group IfNotNow. “IfNotNow is building an inspiring movement of young Jews working to promote peace in the Middle East,” Sanders said in a statement. “They know, as I do, that the United States must play a major role in bringing people together to end Israel’s occupation of the Palestinian territories and build a future of security, dignity, and equality for all Israelis and Palestinians. As a strong supporter of Israel who also believes its people have the right to exist in peace and security through a two-state solution, I am proud to have their endorsement.”

IfNotNow has been criticized by many in the American Jewish community for its harsh condemnations of Israeli policy and refusal to specifically endorse a two-state solution, but also claims support from tens of thousands of Americans Jews, many of them millennials and generation zers.

Also on Wednesday, the campaign published a video featuring an endorsement from comedian Sarah Silverman. “Bernie is my kind of Jew, you know?” Silverman said in the video. “He cares more about the welfare of his fellow American citizens than he does about his standing or his suit or, his, let’s face it, hair. He lives his very values, and to me, that’s very Jewish.”

Silverman endorsed Sanders in 2016 and spoke at a campaign rally for the senator last week in Los Angeles. She also was involved in Florida campaigning in 2008, urging young Jews to make “the great schlep” to Florida in order to convince their grandparents to vote for Barack Obama.

After criticism in 2016 that he did not sufficiently highlight his Jewish identity, Sanders has been more outspoken about it in this campaign cycle. Last week, he promoted a video made by the support group Jews for Bernie, in which Jewish Americans had a havdalah ceremony and talked about how Sanders embodied their conception of Jewish values.

Primaries will take place on Tuesday in four states with major Jewish populations: Florida, Illinois, Ohio and Arizona. He is not favored to win any of those states, according to FiveThirtyEight, but a showing that exceeds expectations could allow him to stay in the race against former Vice President Joe Biden.

Polls and donation data have consistently shown that Sanders is less popular among Jewish voters than he is among the general population. A Jewish Electorate Institute poll conducted in February found that he had worse favorability ratings among American Jews than any of the five candidates still in the race – though a majority still had favorable opinions of him and said they would vote for him over President Trump should he win the nomination.