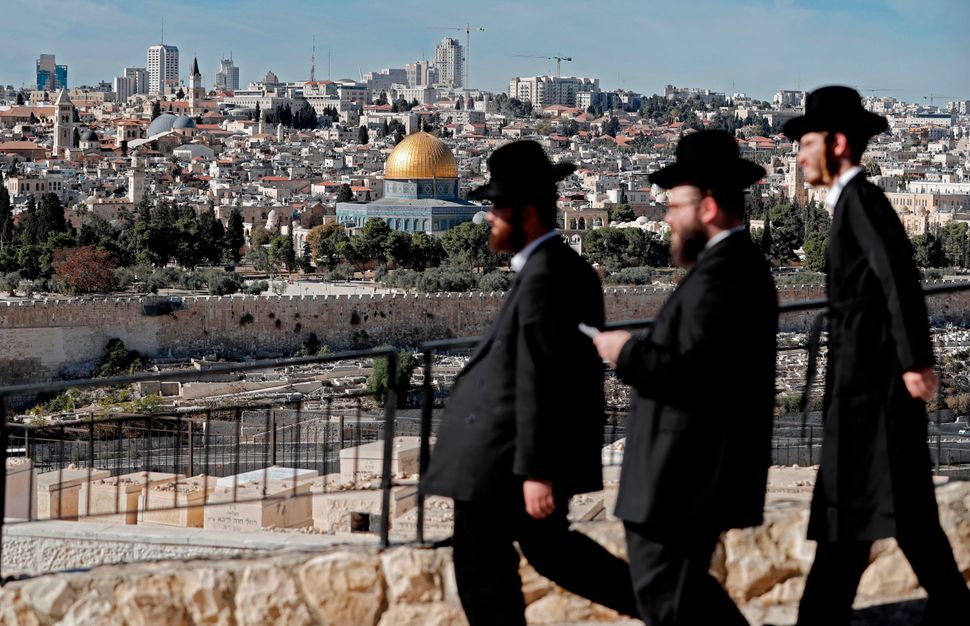 Hundreds of Haredi Jews protested in Jerusalem on Sunday against the Israeli government’s strict quarantine measures, including the closure of schools and yeshivas.

Protesters in the Haredi neighborhood of Mea Shearim threw rocks at police officers who had come to close businesses that had stayed open despite government orders, the Times of Israel reported. Some yelled that the officers were “Nazis.”

Calls of “Nazis” against police in Mea Shearim where protests by extremist ultra-Orthodox men are taking place against police enforcement of social-distancing measures pic.twitter.com/3qhP5uyTdJ

One police officer was lightly injured and three protesters were arrested, the Times of Israel reported.

Most of Israel’s Orthodox communities have complied with social distancing and quarantine laws, though there have been some high-profile holdouts, The Jerusalem Post reported. Government officials have reportedly been unable to convince the rabbinic leaders of the Ashkenazi non-Hasidic Haredi community to close their yeshivas despite the mandates, so police enforcement will likely step up, a police spokesman told the Post.