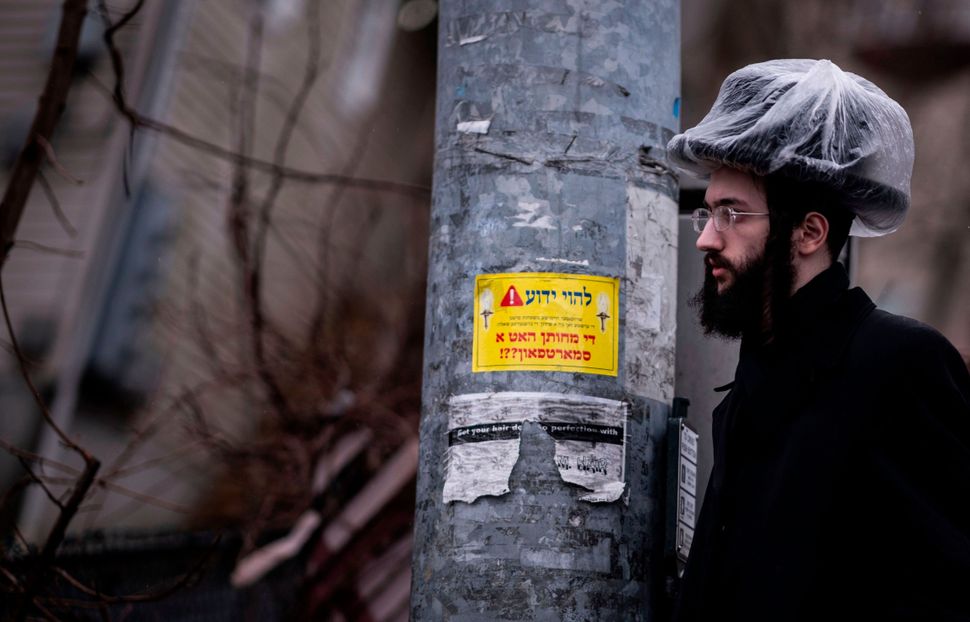 Monsey, N.Y., a well-known Hasidic hub of 42,000 people in suburban Rockland County, has nearly the highest rate of positive tests for the coronavirus in the country. Though the number could be inflated due to high rates of testing, cultural factors, like large families, could also be making the town a hotspot for Covid-19.

New York state is the global capital of the pandemic currently, with 122,000 infected and over 4,100 killed by the novel coronavirus. But as New York City’s cases begin to peak, attention is turning to the surrounding suburbs, with cases now rising in places like Long Island.

Jackson Heights, Queens has the highest number of known cases in New York City; 236 people of every 10,000 people has tested positive for the virus, according to data from the New York City health department. The deluge of patients there has overwhelmed local hospitals like Elmhurst Hospital, which has had to increase its capacity for intensive care patients by sixfold.

In Monsey, the rate of positive tests is 233 per 10,000 people, according to a Forward analysis based on the latest data from the county. (In Rockland County overall, 69 people overall have died of Covid-19.) That puts it just behind Jackson Heights, but Rockland County also has one of the highest rates of testing in the New York City area: 3.7% compared with 3.2% in Jackson Heights.

The high number of tests administered in Rockland County plays a role in its relatively high infection rate, but so do other factors, said David Abramson, an associate professor at New York University’s School of Global Public Health who studies health in disaster scenarios.

“Anytime you have a homogenous community with high social interactions, that’s obviously a concern,” he said.

In Monsey, as across the Orthodox world, nearly every religious institution has closed its doors. Social distancing is enforced in grocery stores, and residents report that the streets — usually filled with families — are empty.

Yet household size could facilitate the spread of the virus despite widespread adherence to social distancing, Abramson said. Hasidic families have on average between six and eight children. A person who has contracted the virus can spread it to more people, on average, than a non-Hasidic person, even if they don’t leave the house.

“How easily can any family truly isolate somebody if they’re crowded within their household?” Abramson said. “It may be impossible in some of these households.”

Rockland County political leaders have already tried to sound the alarm about growing cases in Monsey and the town next to it, Spring Valley, which has a mixed population of Hasidic Jews, other whites, blacks and Latinos. On Saturday, the county executive, Ed Day, called for a containment zone in the area, similar to what New York Governor Andrew Cuomo established last month in New Rochelle, in Westchester.

But a spokesman for Cuomo told the Daily News that Day’s request was “nonsensical,” since state-wide directives for social distancing are currently stronger than what was ordered for the containment zone.