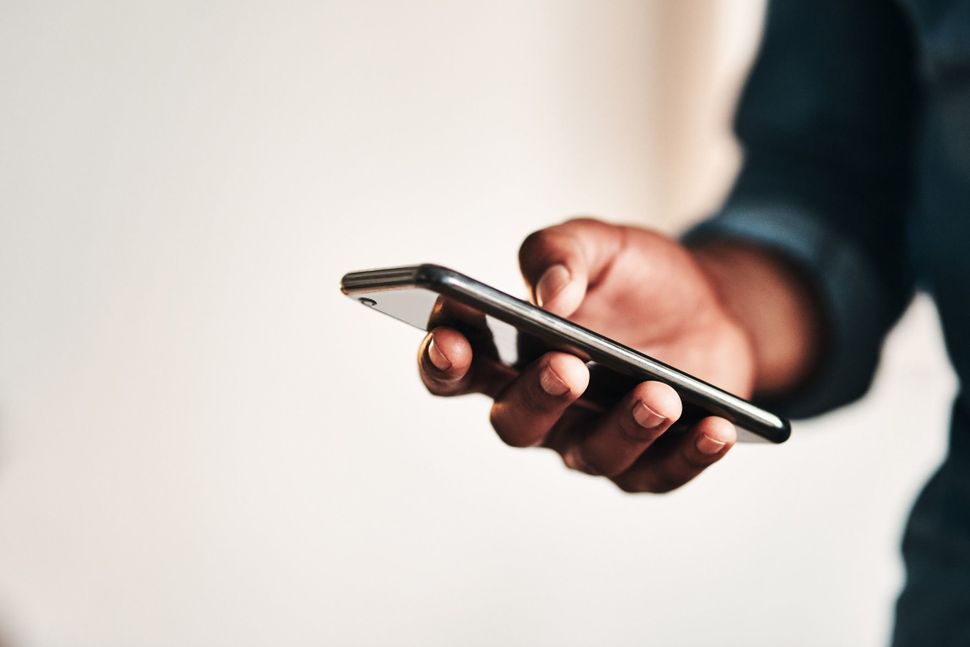 A man using a cell phone. Image by PeopleImages/iStock

Some Orthodox Jewish rabbis have issued rulings allowing technology usage on Shabbat and holidays to assist those dealing with mental health issues in quarantine.

Orthodox Judaism bans the use of electricity, including modern technology like phones, on Shabbat and on the first two and last two days of Passover. But it also allows for an exception called pikuach nefesh, the principle that saving a life overrides almost every other commandment. So Orthodox rabbis have allowed people in medical distress to call 911 on Shabbat, for example. But a new opinion shared by the Rabbinical Council of America, the main body of Modern Orthodox rabbis in the United States, expanded that principle for the time of the coronavirus.

In a Zoom Q&A organized by the RCA on Monday, Rabbi Mordechai Willig, a professor of Talmud and contemporary Halacha (Jewish law) at Yeshiva University’s rabbinical school, said that for the sake of pikuach nefesh, Orthodox rabbis should be available by telephone or text message, even on Shabbat and holidays, to congregants suffering from emotional or mental health challenges due to the coronavirus situation.

If you had asked me two months ago whether any Centrist Orthodox Posek (decisor) would ever have publicly issued a statement like this, I’d have told you it’s impossible. Maybe I’d give you 100 to 1 odds. pic.twitter.com/b64N93knjG

Some Orthodox rabbis have gone even farther, focusing on individuals themselves rather than their rabbis. Rabbi Dovid Cohen, a respected halachic decisor from Brooklyn, issued a ruling Monday saying that anybody struggling with mental health issues should feel comfortable calling a mental health professional by phone or Zoom without worrying about violating Jewish law.

“It is permitted to use all these technologies, such as Zoom and everything else, in order to stay in touch, for the purpose of saving lives,” Cohen said.

Harav Dovid Cohen, Shlit’a, Permissible Technology on Shabbos & Pesach 2020: Mental Health Crisis and Those in Recovery from Amudim on Vimeo.

He added that any use of technology on Shabbat or holiday that would normally be forbidden should be done with a shinui, or change from the normal practice – such as dialing with the non-dominant hand. He released his statement in collaboration with Amudim, a not-for-profit that supports religious Jews dealing with mental health, addiction or sexual abuse issues. Amudim’s hotline will be staffed on Shabbat and throughout Passover.

“All of us are having a difficult time coping with today’s realities, with lives tragically cut short and our entire society facing new challenges; but for those with mental health issues and the recovery community, the impact is magnified exponentially,” Amudim CEO Zvi Gluck said in a statement. “We want people to know that our support systems are in place and literally just a phone call away to help anyone, anywhere, with concerns large and small, even on Shabbat and Yom Tov.”

Cohen stressed that conducting Passover Seders over Zoom was still forbidden, since that was not a lifesaving event. But other traditionalist rabbis have allowed it to varying degrees, including some Sephardic Orthodox rabbis in Israel and some Conservative rabbis in the United States.