Police: Satanist who tried to torch church is behind Maryland synagogue arson 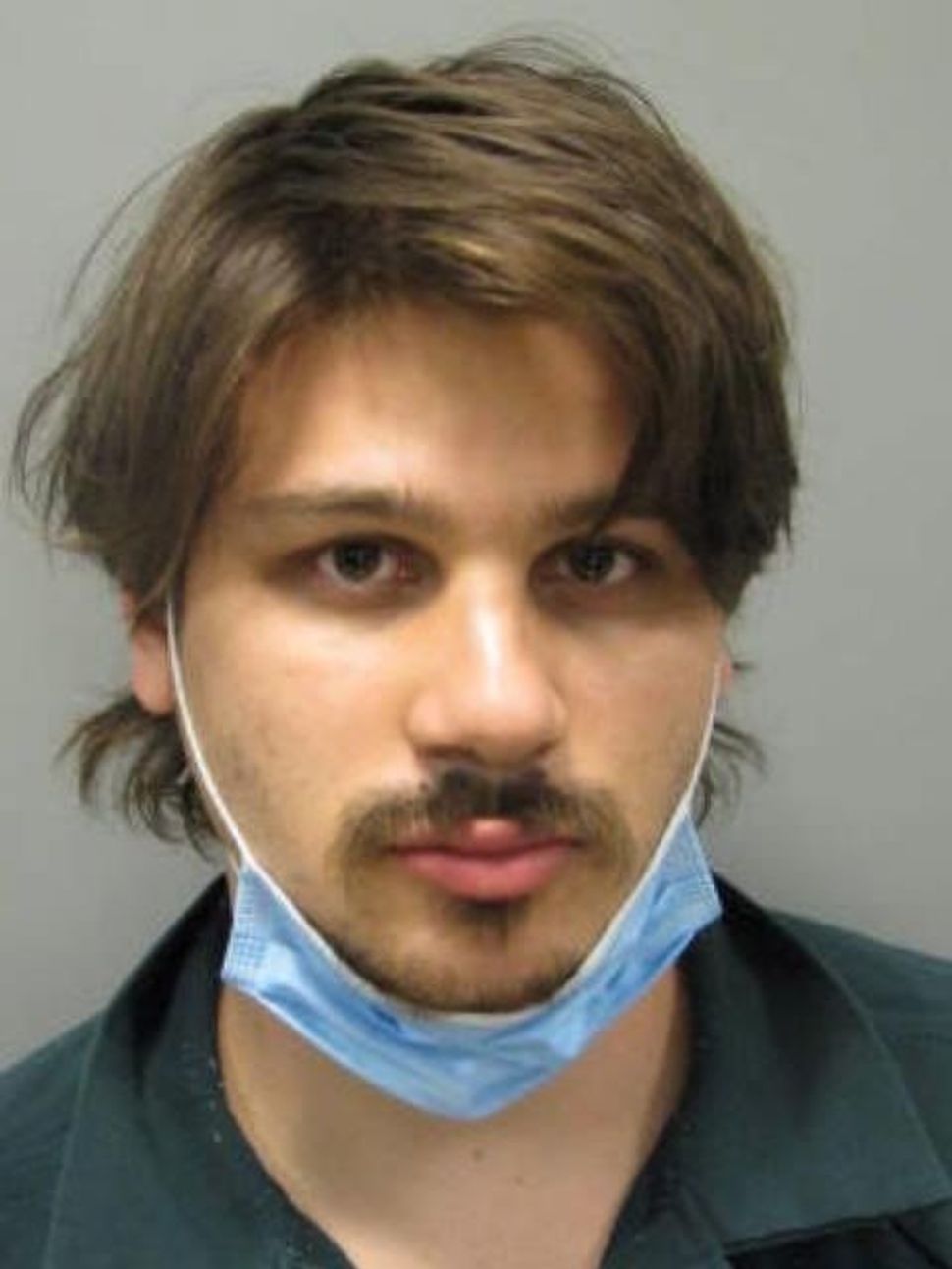 (JTA) — A Maryland man accused of painting a swastika on a local synagogue had firebombed a nearby church as part of his plan to target multiple houses of worship to worship Satan, police said.

Andrew Costas, 28, of Rockville was arrested this week in connection with the anti-Semitic vandalism on March 28 at the Tikvat Israel Congregation in his hometown, WTOP News reported, and the hurling of firebombs on April 8 at St. Catherine Laboure Roman Catholic Church in Wheaton. He is a facing a hate crime charge among other charges.

Police say Costas told his girlfriend that he was the Antichrist and planned to cause damage to 10 churches and three synagogues. The total, 13, has symbolic significance in Satanist circles and literature.

According to police, Costas is the individual seen in a surveillance camera video parking his car outside the synagogue, walking up and spraying paint on the outside wall. Police said the man painted swastikas and hateful slogans.

Costas and his girlfriend, Rebecca Matathias of Brookville, Maryland, are facing second-degree arson charges. He is being held until his trial. Matathias, who is in her early 20s, also was arrested but is out on bail.

Costas was charged with damaging property because of a person’s religious beliefs – a hate crime — and defacing a religious facility and malicious destruction.

Police: Satanist who tried to torch church is behind Maryland synagogue arson