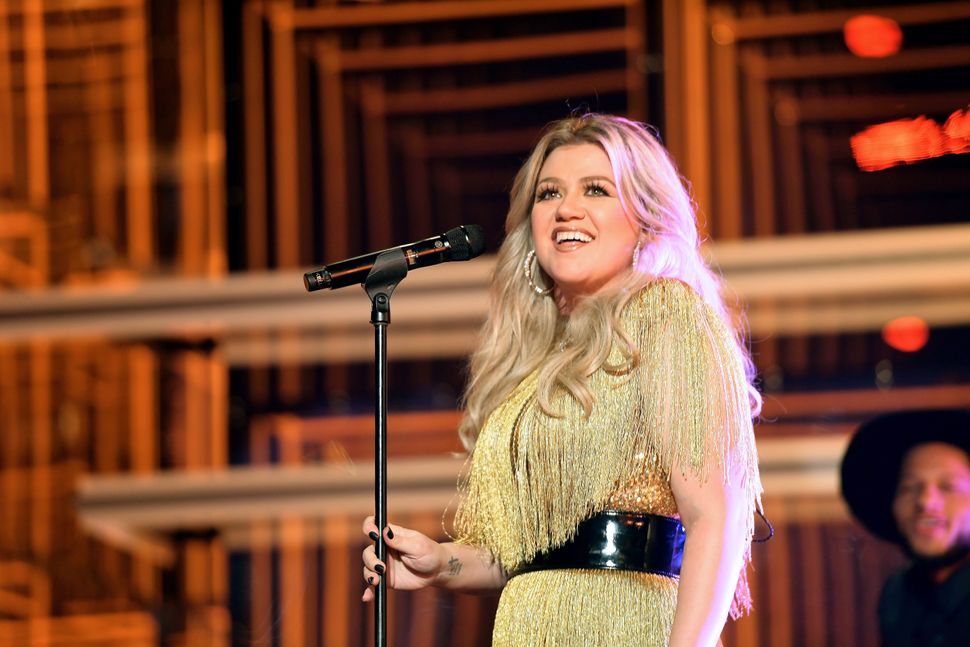 A new song has us wondering — does Kelly Clarkson have what it takes to be a hit maker in Hebrew?

On April 16, the inaugural winner of “American Idol” dropped the track “I Dare You” alongside international cuts of the song where she duets with singers from other countries. In the Israeli iteration, בוא נראה, Clarkson duets with Israeli singer Maya Buskila.

Clarkson’s pronunciation is excellent and the tune is an uplifting bop, daring the listener to choose love and compassion in trying times. The music video is a bit stock-imagey, but the sentiment is what we need right now.

In addition to her Buskila collab, Clarkson recorded duets in French with artist Zaz, Arabic with Canadian-Moroccan singer Faouzia, Spanish with Blas Cantó and a trio with German duo Glasperlenspiel. The “Ugly Dolls” star also debuted a group sing-a-long (via video) with her collaborators on her self-titled NBC show.

“This is my favorite/hardest project that I’ve ever worked on,” Clarkson said in a statement. “It has always been a dream of mine, as I grew up singing in different languages, to find that perfect song, with the perfect message, to connect us all globally and then record that song with several other artists around the world in their native languages.”

Kudos to Clarkson. Her Hebrew is much improved since 2008, as this video can attest.