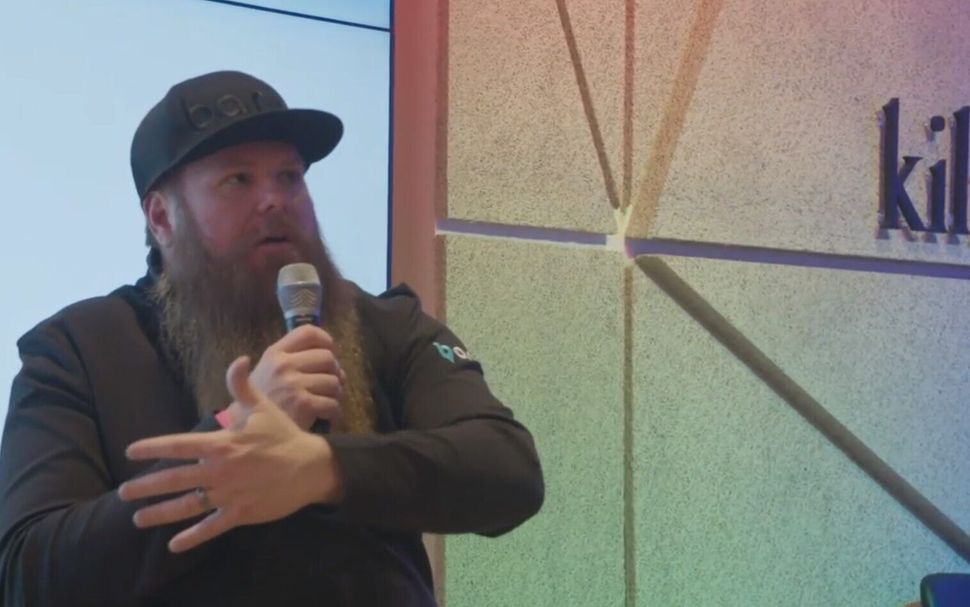 (JTA) — The state of Utah has suspended the use of a service to help first responders and law enforcement after learning that the founder of the company providing the technology has a white supremacist past and was involved in a 1990 synagogue shooting.

Damien Patton was 17 and part of a Ku Klux Klan faction when he participated in a drive-by shooting of a Nashville synagogue on June 9, 1990. His involvement was reported on Tuesday by One Zero, a technology platform on the online forum Medium.

Patton drove the car as a Klan leader and shot out the windows of the synagogue with a semi-automatic weapon. No one was injured in the attack.

On Wednesday, Banjo responded by suspending its operations in Utah, the Deseret News reported. The state had entered into a $20.7 million contract with Banjo for the “event detection” surveillance technology.

Patton pleaded guilty to acts of juvenile delinquency in connection with the shooting.

He said in a statement to the Deseret News that he felt remorse for his actions and has turned his life around since being involved in such hate groups in his teenage years, when he “was lured into a dark and evil world.”

Patton’s mother is Jewish, according to the report.

Utah Attorney General Sean Reyes’ office said it will put in place a third-party audit and advisory committee to address issues such as data privacy and possible bias.