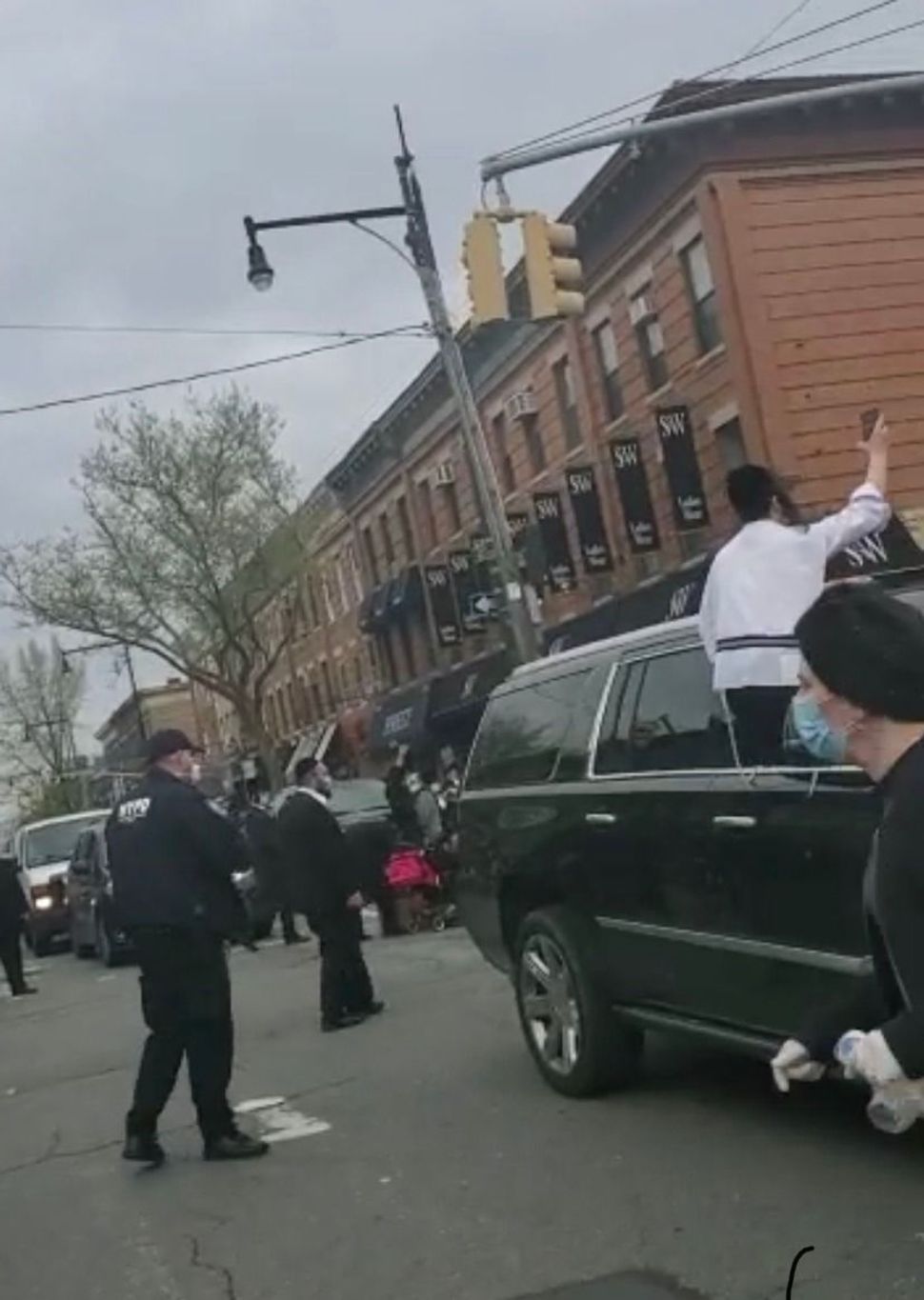 A screenshot from a video of the scene in Borough Park Thursday afternoon. Image by twitter

A chaotic scene formed in Borough Park Thursday afternoon as police officers tried to disperse a crowd of onlookers who gathered to watch a funeral procession for a Hasidic man.

The incident, which occurred at the corner of 13th Avenue and 43rd Street, came as police officers in both Borough Park and Williamsburg issued dozens of summonses to Hasidic Jews and institutions for alleged violations of state pandemic rules.

It was also the second funeral to draw widespread attention on social media. On Tuesday a funeral for a respected Hasidic rabbi in Williamsburg which, though planned in direct coordination with community police officers from the local 90th Precinct, drew a crowd of well over 1,000 and was promptly shut down by an influx of officers and de Blasio himself.

According to Yeshiva World News, an Orthodox news site, the incident happened after police, including top officers from the South Brooklyn command, heard that the family was planning to recite mourning prayers as the hearse stopped in front of their home on 43rd Street.

The outlet reported that though police tried to only allow family on the block, a crowd gathered to watch, forcing police officers to rush the van carrying the casket away from the scene, and leading to altercations between police and Hasidic onlookers.

Police arrested a Hasidic 17-year-old after he pushed “a police official” and took him into custody before releasing him, said Sergeant Jessica McRorie, a NYPD spokesperson. One video from the scene captured officers holding the teen, as people can be heard yelling in the area and trying to move across the avenue.

Another video showed police officers trying to move the van carrying the deceased’s body west on 43rd Street, as a crowd of Hasidic Jews follows behind.