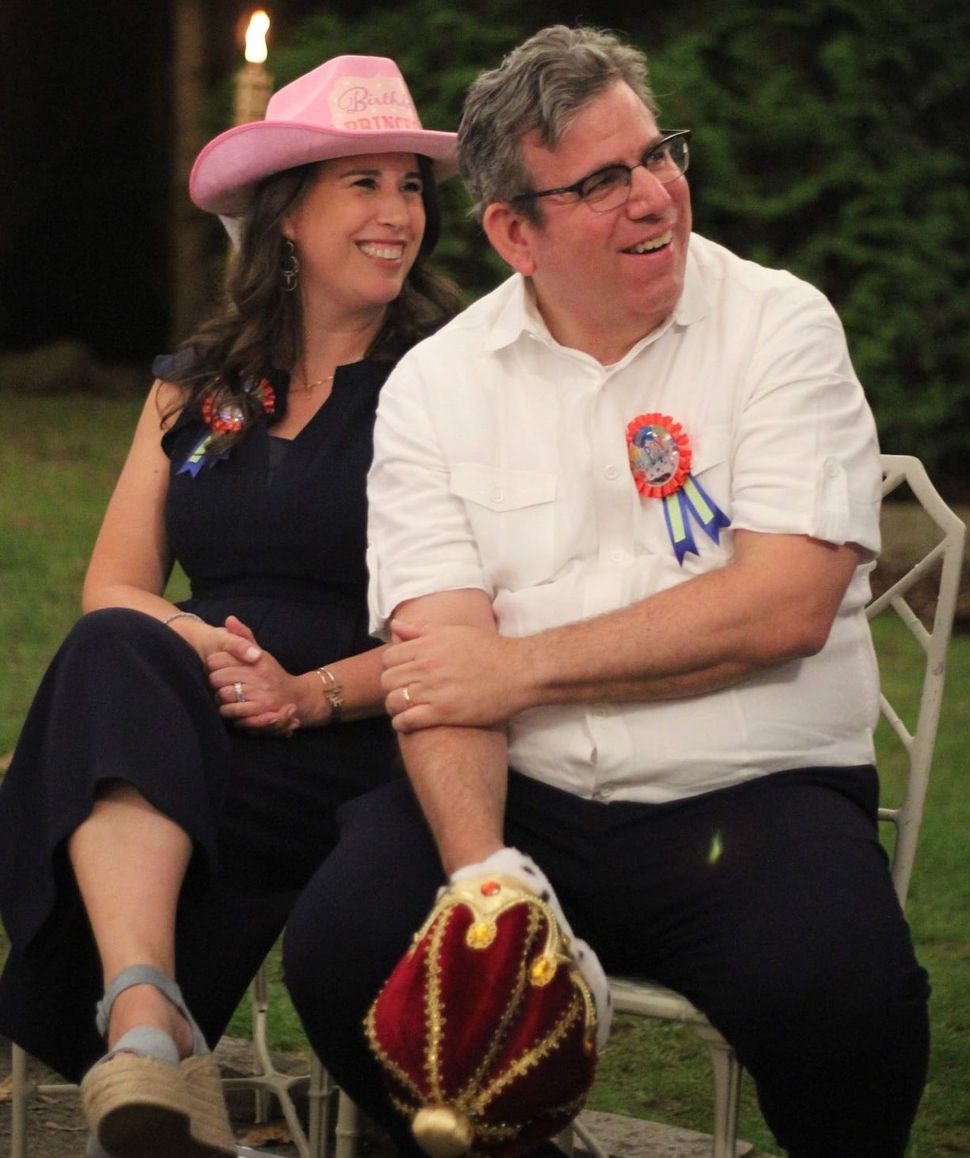 After three weeks in a coma and more than a month of recovering, Lawrence Garbuz — the New Rochelle, N.Y., lawyer who was New York’s ‘patient zero’ for coronavirus — is talking about his ordeal and recuperating at home with his wife and children.

“I feel glad I’m alive to be honest with you,” Garbuz told The Today Show Monday morning. “It’s been quite a journey.”

Garbuz was diagnosed with coronavirus on March 2, becoming the first person confirmed to have the disease in New York State without a clear connection to another coronavirus patient — the beginning of confirmed “community spread” in the state.

Garbuz said that initially he thought he just had a normal winter cold.

“I just thought I had a cough,” he said. “Look, I’m a lawyer. I sit at a desk all day. I think at the time we were sort of focusing on individuals who had maybe traveled internationally, something that I had not done. I had certainly not been to China.”

But he soon developed a fever, and upon visiting his doctor was told to go to an emergency room immediately. On the way there, he developed significant trouble breathing. His wife Adina Garbuz made the decision to intubate him on the ambulance ride to the hospital.

“He was suffering, and I couldn’t watch it,” she said.

“My wife saved my life,” Garbuz said. “She is a person who solves problems quickly, with a smile.”

Garbuz said that’s where his memories end, until he woke up from his medically-induced coma, three weeks later. The first person he saw was his wife.

“His first words to me were, ‘I love you,’” Adina said, holding back tears.

Garbuz was officially diagnosed with coronavirus on March 2, touching off a wave of lockdowns and isolations among his Orthodox Jewish synagogue community, Young Israel of New Rochelle, and which eventually resulted in a 1-mile containment zone around the synagogue. Because Garbuz had attended a bar mitzvah ceremony and a funeral at the synagogue while he was potentially contagious, people attending those services from other Orthodox communities around the New York area also self-quarantined.

Virtually every household at Young Israel was required to self-isolate, and several people from his community were sickened, including the synagogue’s rabbi, though there were no coronavirus deaths reported.

Garbuz said he still doesn’t know how he was infected with the disease. He is now focused on recovering from being bed-bound for more than a month, with his wife and children in New Rochelle.

“I think that I appreciate life a lot more,” Garbuz said. “I think every day is an absolute gift that God has given us to enjoy, that we need to appreciate our family and our friends, and to live life.”