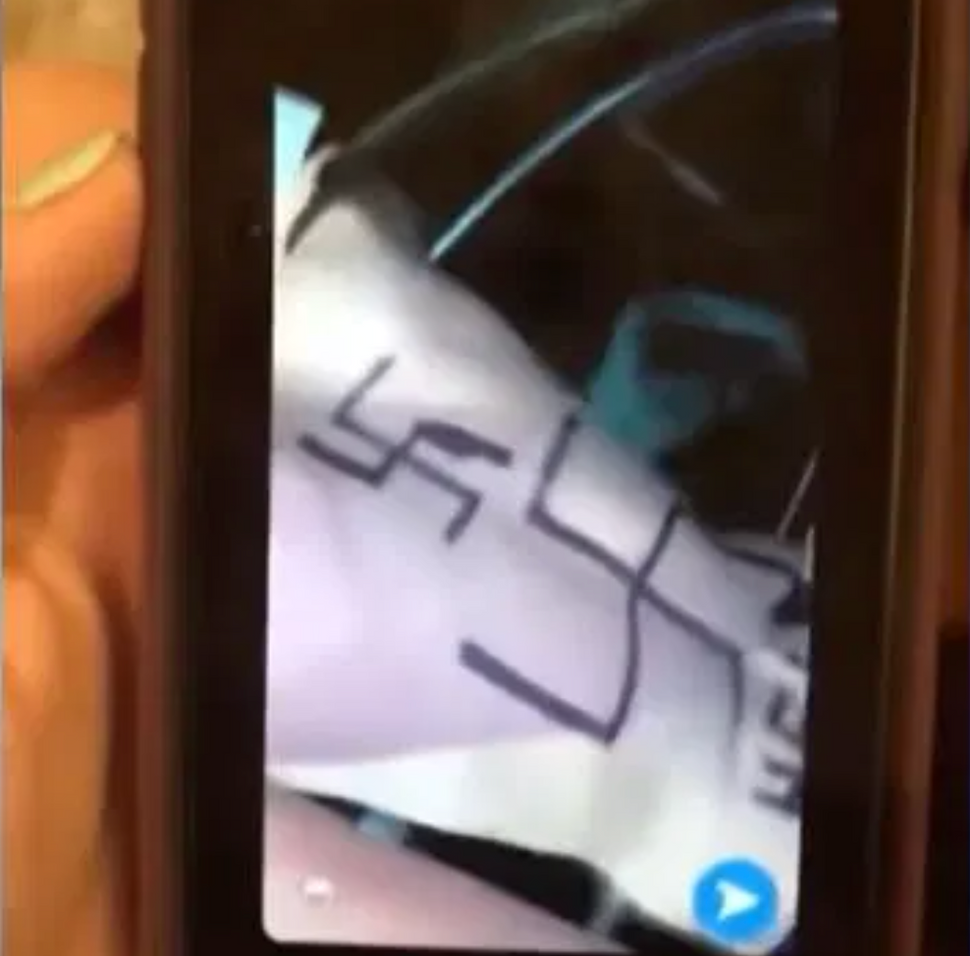 (JTA) — A video showing a group of Alabama teenagers drawing swastikas on a boy’s back was posted to Snapchat.

A group of boys are seen laughing at a shirtless boy, a student at Mountain Brook Schools, after drawing two large black swastikas and the word “heil.” Some of the students attend Mountain Brook, the school district said in a statement issued Wednesday, according to CBS42 in Birmingham, and also come from neighboring communities. It is not known where the video was filmed.

“MBS condemns all hateful ideologies and actions,” the statement said. “The conduct exhibited in the video is in direct conflict with the values of the school system. MBS is in the process of investigating the incident and determining the legal parameters for actions occurring outside of school.”

The district said it has been in contact with the Mountain Brook Police Department, Birmingham Jewish Federation and local faith leaders regarding the incident.

The Birmingham federation said in a statement that it was in “close contact” with the district’s superintendent as well as the Anti-Defamation League to determine future actions.

“We share in the public’s disappointment in the actions shown and are working towards a swift remediation,” the statement said.

The video was filmed Tuesday, Al.com reported, citing the father of the boy on whose back the drawings were made. Hundreds of comments denounced the actions of the students, according to the report.