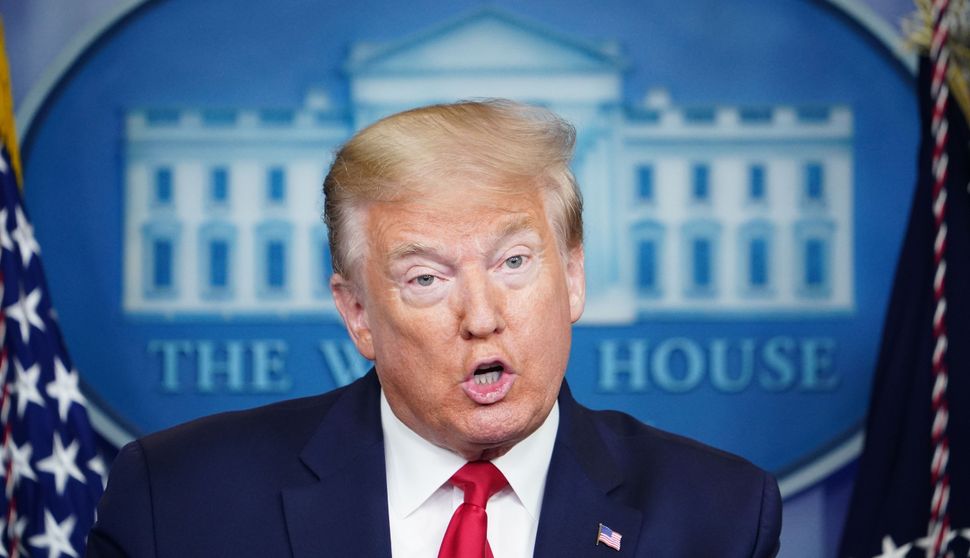 President Donald Trump speaking to reporters on Friday at the White House, when he made the announcement. Image by Getty

In a surprise announcement Friday afternoon President Donald Trump said he was deeming houses of worship “essential,” and said he would “override” governors if they push back on the designation — echoing a prior claim about his “total authority” over states that he abandoned.

“Some governors have deemed liquor stores and abortion clinics as essential, but have left out churches and other houses of worship,” Trump said during a hastily arranged press conference. “It’s not right. So, I’m correcting this injustice and calling houses of worship essential.”

The president presented no evidence that he has the authority to “override” governors on reopening state businesses or houses of worship.

Pres. Trump calls houses of worship essential and says he will override governors if they won’t reopen them. (The president doesn’t have the authority to do that.) pic.twitter.com/hwSQmlKEWe

Trump took no questions after the announcement.

On Thursday, Cuomo’s latest order allowing people to hold socially-distanced religious gatherings of 10 people or fewer went into effect, following lobbying from some Jewish groups, such as Agudath Israel of America, an Orthodox umbrella organization. Orthodox leaders have pressed the governor for guidance on reopening yeshivas as more of them have begun to operate in secret.