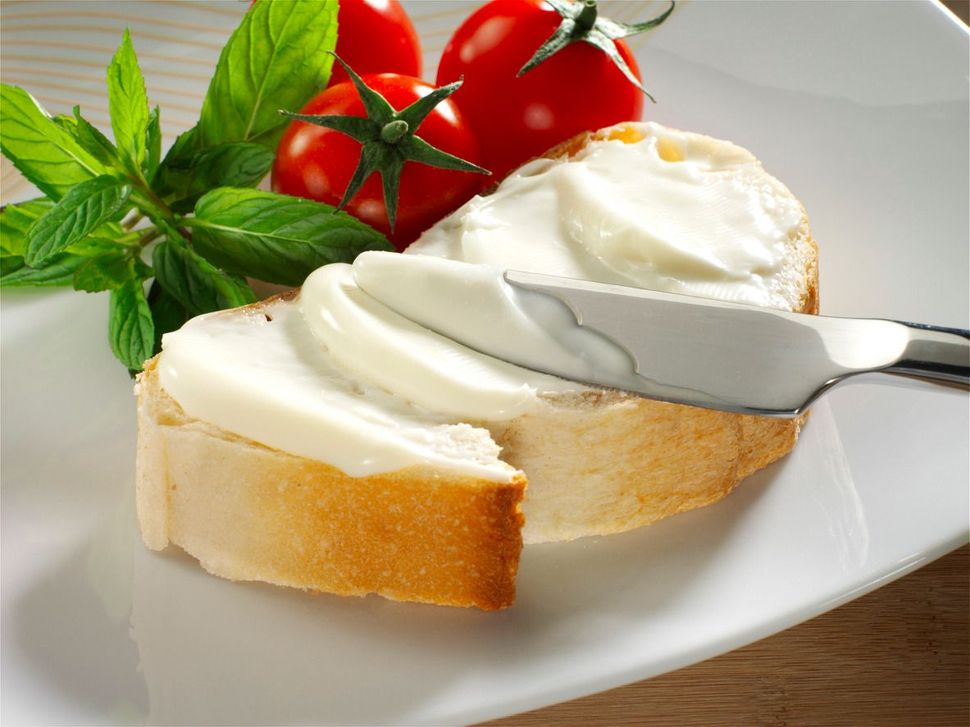 A supplier said that kosher cream cheese will return to supermarkets after a weeks-long shortage. Image by iStock

A cream cheese shortage that struck at the worst possible time has been resolved, said a prominent kosher dairy company — but not all customers are reassured.

Kosher cream cheese is the latest in a list of consumer goods, from toilet paper to meat, made scarce by coronavirus. The dairy spread has become an increasingly elusive item in New York and New Jersey due to supply-chain disruptions at J&J Dairy, one of the primary kosher dairy suppliers in the tri-state area.

The shortage is especially frustrating this week, as on Thursday night Jews will celebrate the holiday of Shavuot, during which it’s customary to consume dairy products. Cream cheese is a key ingredient in many traditional Shavuot dishes, from cheesecake to blintzes.

A J&J spokesman told Brooklyn news site Boro Park 24 that employees who normally staff the company’s factory six days a week were only working half their normal hours.

There are so few suppliers of kosher dairy that a disruption at one factory can cause major shortages in the market, Rabbi Menachem Genack, CEO of the Orthodox Union’s Kosher Division, told the Forward.

The timing has kosher shoppers scanning supermarket shelves anxiously. At one supermarket in Lakewood, N.J., which has a significant Orthodox population, an employee wore a handmade sign that said “no cream cheese,” the Lakewood Scoop reported. The Scoop also attempted to address the shortage by sharing recipes for homemade cream cheese.

Others took to social media to voice frustration. In an Instagram post on Monday, J&J shared ideas for coffee-flavored cheesecake with the caption “Shavuos essentials.” One commenter replied, “With no cream cheese, it won’t be essential!!”

J&J has vowed to restock shelves before the holiday. The company said in a press release on Monday that thanks to an “around-the-clock effort from our team, we were able to secure a new run of our beloved whipped cream cheese — well in time for Yom Tov.”

But some responded to those promises with skepticism. Despite assurances, one Twitter user wrote, the latest delivery of cream cheese to his supermarket “was gone before you could blink.”