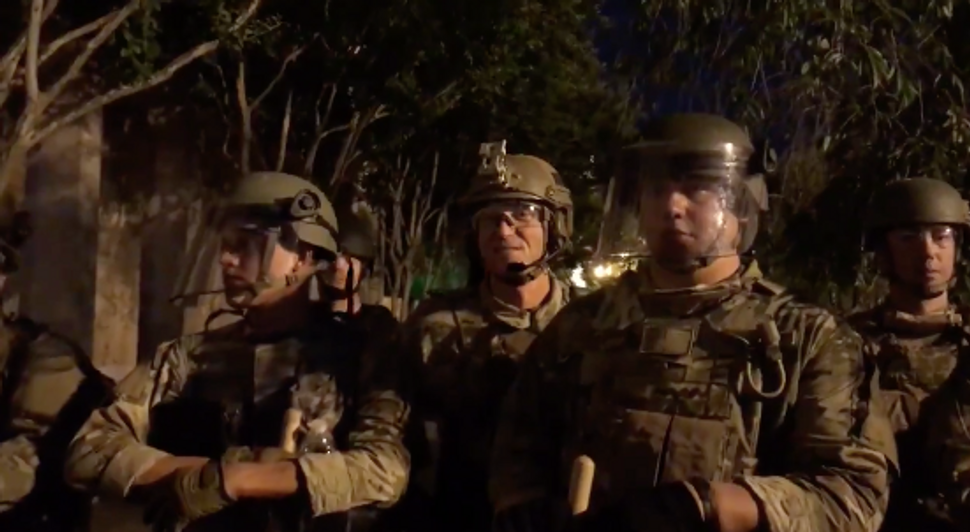 At the request of a National Guardsman from Utah, protestors sang a canonical Jewish plea for peace at protests outside the White House on Tuesday night, according to video from the scene.

One of the protesters, Joshua Rosen, 27, later wrote this piece for the Forward about his experiences.

At the 8-second mark, the clip features a singer breaking into an enthusiastic refrain — “Tasim l’olam!” — and then it cuts off just as one of the group starts to suggest another song.

Members of the National Guard, who have identified themselves as coming from Utah, are having short conversations with protestors at the White House. Here is what happened when one particularly friendly Guardsman asked a protest-goer to sing a prayer: pic.twitter.com/kXYTcgS9lX