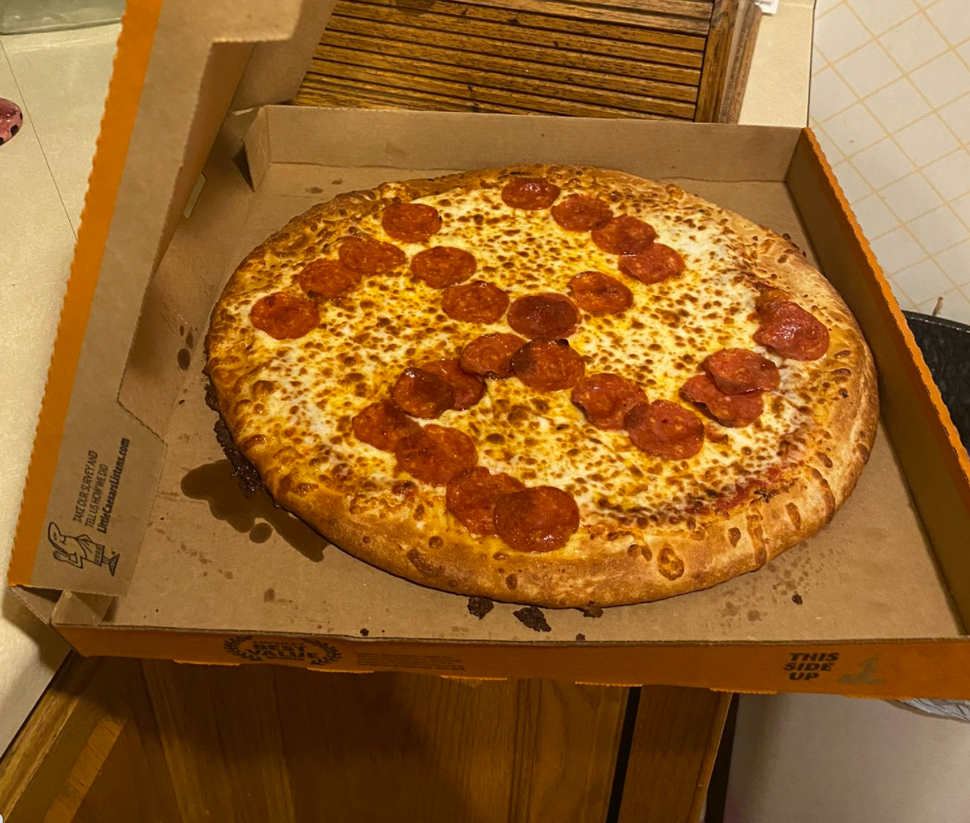 A Little Caesars restaurant in Brook Park, Ohio, has fired two employees who made a swastika out of pepperoni slices on a couple’s pizza. Image by Twitter

(JTA) — A Little Caesars restaurant in Brook Park, Ohio, has fired two employees who made a swastika out of pepperoni slices on a couple’s pizza.

So my husband stopped at #LittleCaesars for a quick bite, husband brings this home! I’m truly disappointed. This is truly saddening and disturbing and not funny at all! These aren’t funny jokes and shouldn’t be made period and on company time?! ????✊?✊?✊?✊? pic.twitter.com/zQaXecN2se

Jason Laska later told Cleveland.com that he had been told the employees made the pizza as a prank and had not intended to give it to customers.

“We have zero tolerance for racism and discrimination in any form, and these franchise store employees were immediately terminated,” Little Caesars said in a statement. “We’re deeply disappointed that this happened, as this conduct is completely against our values.”