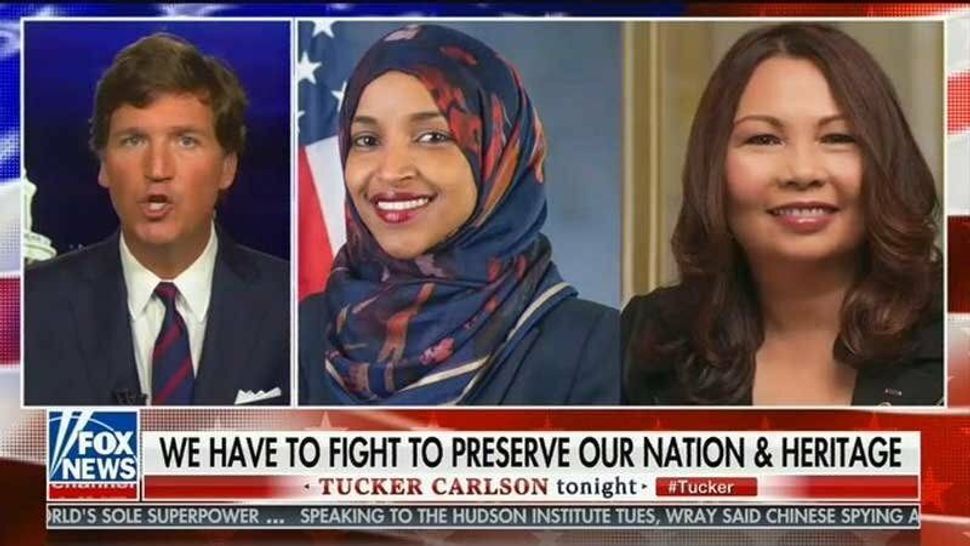 David Duke, a former presidential candidate and leader of the Klu Klux Klan, as well as a racist and anti-Semite, said in a series of tweets Wednesday evening that Fox News host Tucker Carlson should be President Trump’s running mate for the 2020 campaign.

The comments came a day after Carlson was widely repudiated, including by former Vice President Joe Biden’s campaign, for using a chyron on his show that many compared to the infamous “14 words” slogan used by white supremacists: “We must secure the existence of our people and a future for white children.”

The segment came as Carlson has deepened his attacks on Sen. Tammy Duckworth, a Thai-American veteran of the Iraq War, and who is speculated as a potential vice-presidential pick herself on Biden’s ticket. Carlson has also been railing against activists and Democratic political figures that want monuments to the Confederacy to be taken down across the country.

Trump & Tucker is the only way to stop the commie Bolsheviks! It is the only path to beat them! #TrumpTucker2020

Duke has praised Carlson repeatedly in recent years, as Carlson has embraced an increasingly sympathetic view of white supremacy. In August 2019 Carlson suggested that the issue of white supremacy in the U.S. is “a hoax.” Carlson made the comments days after revelations that the man who murdered 23 people at an El Paso, Texas Wal-Mart left behind a manifesto with many anti-immigrant statements and references to the common white supremacist theory of “ethnic replacement” by non-white people.

Tucker is RIGHT! White Supremacy is a ZioMedia Conspiracy Theory! The term is itself a lie. Millions of White activists are NOT “supremacists” We seek NOT to oppress or destroy any race! Human Rights for all – EVEN FOR WHITE PEOPLE! Stop antiWhite racism!https://t.co/vY0knfD0Xx

Duke wrote on Twitter that Carlson should be Trump’s pick before it is “too late,” suggesting that a Biden presidency would result in Carlson being forced off the air and “dissidents” being barred from having bank accounts and credit cards.

“It would make you IMPEACHMENT PROOF!” Duke wrote addressing Trump. “And Tucker would whip those Republican cucks in line and make them defend our freedom of speech and the heritage of the American people!”

Duke suggested that Pence could become Secretary of State, replacing Mike Pompeo, who Duke referred to as a “Zio NeoCon warmonger.”