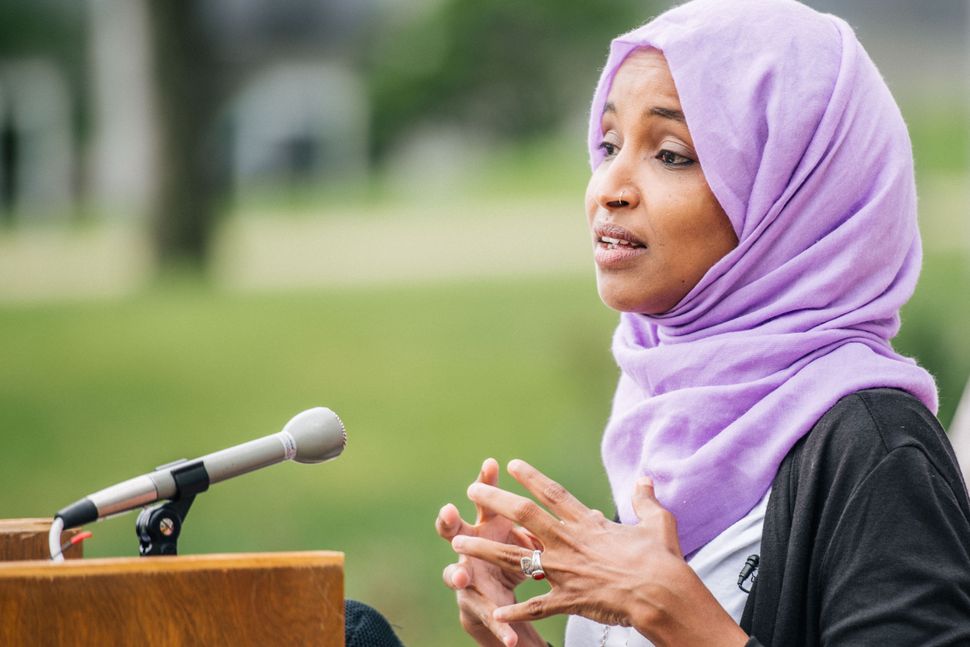 ST PAUL, MN - JULY 07: U.S. Rep. Ihan Omar (D-MN) speaks during a press conference on July 7, 2020 in St. Paul, Minnesota. A press conference was held by the Minnesota People of Color and Indigenous caucus to discuss work on the state and federal level to make systematic changes to address institutional racism. (Photo by Brandon Bell/Getty Images) Image by Getty Images

Minnesota Democrat Ilhan Omar’s campaign sent out a mailer last week criticizing her primary opponent Antone Melton-Meaux for being “in the pocket of Wall Street” due to his wealthy donors.

The only donor names identified in the mailer were Jewish.

The mailer reads in part “Can We Trust Antone Melton-Meaux’s Money?” and references articles where his donors criticize Omar.

This is the mailer pic.twitter.com/31mJ8pwf6J

The only other Melton-Meaux donor mentioned is a Michael from Scarsdale, a heavily Jewish and wealthy town in Westchester County, New York.

Melton-Meaux has been in the news recently for his effective fundraising in the primary against Omar, much of which has come from pro-Israel organizations and Jewish donors.

Omar has been criticized over the years for using anti-Semitic tropes; such as a tweeted reference in February, 2019 to pro-Israel lobbying group AIPAC and its purported power to buy political support: “It’s all about the Benajmins baby.”

Both Democrats and Republicans asked her to apologize for that comment, and she did.

A petition filled out by Jewish residents of Omar’s district criticizing what they’ve called “a dangerous and dishonest line of attack” has been circulating on Twitter.

“We know Ilhan, and she’s no antisemite,” says the petition.

I’m Jewish. Criticizing them for trying to buy elections is not anti-semitism.