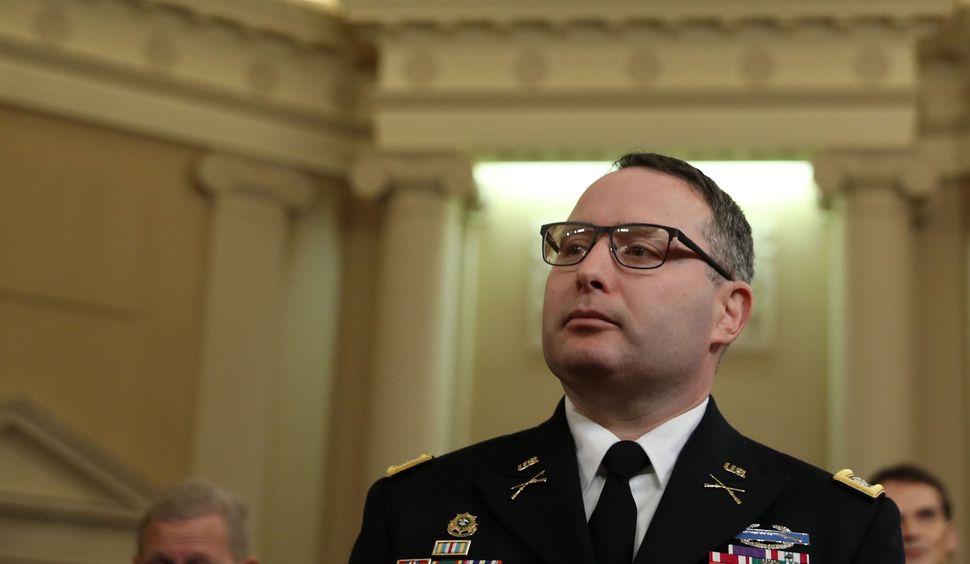 (JTA) — Lt. Col. Alexander Vindman, who was among the first to raise flags about President Donald Trump’s pressure on Ukraine to investigate a political rival, embarked on his retirement by comparing the U.S. of today with the communist regime in Ukraine that his family fled four decades ago.

“At no point in my career or life have I felt our nation’s values under greater threat and in more peril than at this,” the Jewish National Security Council staffer wrote in an op-ed published Saturday in The Washington Post — the day that his retirement after 21 years of service in the U.S. military went into effect. “Our national government during the past few years has been more reminiscent of the authoritarian regime my family fled more than 40 years ago than the country I have devoted my life to serving.”

Vindman, who came to the United States with his twin brother and father from Ukraine in 1979, decried what he called Trump’s “efforts to undermine the very foundations of our democracy.”

He said that even though he is retiring from the Army, he will continue to defend the United States, writing that “I will speak about the attacks on our national security.”

Vindman reiterated that last month he “made the difficult decision to retire because a campaign of bullying, intimidation and retaliation by President Trump and his allies forever limited the progression of my military career.” He had been set to be promoted to colonel, but learned that Trump planned to block his promotion.

Vindman testified in November before the House Intelligence Committee hearing on Trump’s impeachment about a July 2019 phone call between the president and his Ukrainian counterpart, Volodymyr Zelensky, during which Trump repeatedly pressured Zelensky to launch politically motivated investigations that would help Trump’s 2020 campaign. Vindman was listening in on the call in his official capacity with the National Security Council.

The post Alexander Vindman, as retirement kicks in, decries Trump’s ‘efforts to undermine the very foundations of our democracy’ appeared first on Jewish Telegraphic Agency.