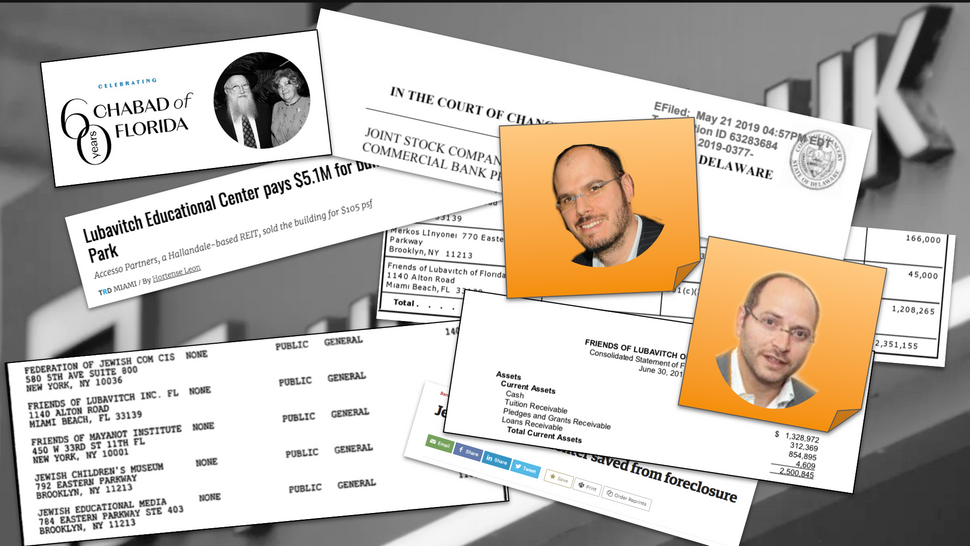 The FBI raided real estate offices associated with two prominent Jewish philanthropists Tuesday morning, likely in connection to a money-laundering scheme out of Ukraine that was the subject of a Forward investigation earlier this year.

The FBI searched the Cleveland and Miami offices of Optima Management Group, said Special Agent Vicki Anderson-Gregg at the FBI’s office in Cleveland. Optima is a conglomerate of companies operated in part by Chabad donors Mordechai Korf and Uriel Laber, who were named in a 2019 lawsuit that accused them of helping oligarchs launder money from a Ukrainian bank.

Korf and Laber owned and managed shell entities in the United States and bought other businesses using laundered money, the lawsuit says.

Anderson-Gregg declined to provide additional details about the raid, saying “everything is under seal,” but clarified that no one was taken into custody.

Korf and Laber owned shares in an overseas unit of a Ukrainian bank, PrivatBank. The bank “was subjected to a large, coordinated money-laundering scheme and bank fraud” to benefit its shareholders’ and their affiliates’ “business and personal interests,” according to a 2018 report by a Ukranian government entity.

The Daily Beast reported last spring that a Ukranian oligarch, Igor Kolomoisky, was being investigated by the FBI, in part for his role in the PrivatBank scheme, but this is the first action that confirms their report.

Cleveland.com reported that federal agents were seen carrying computers, boxes and other items out of the office at One Cleveland Center. The Miami office is located on South Biscayne Boulevard.