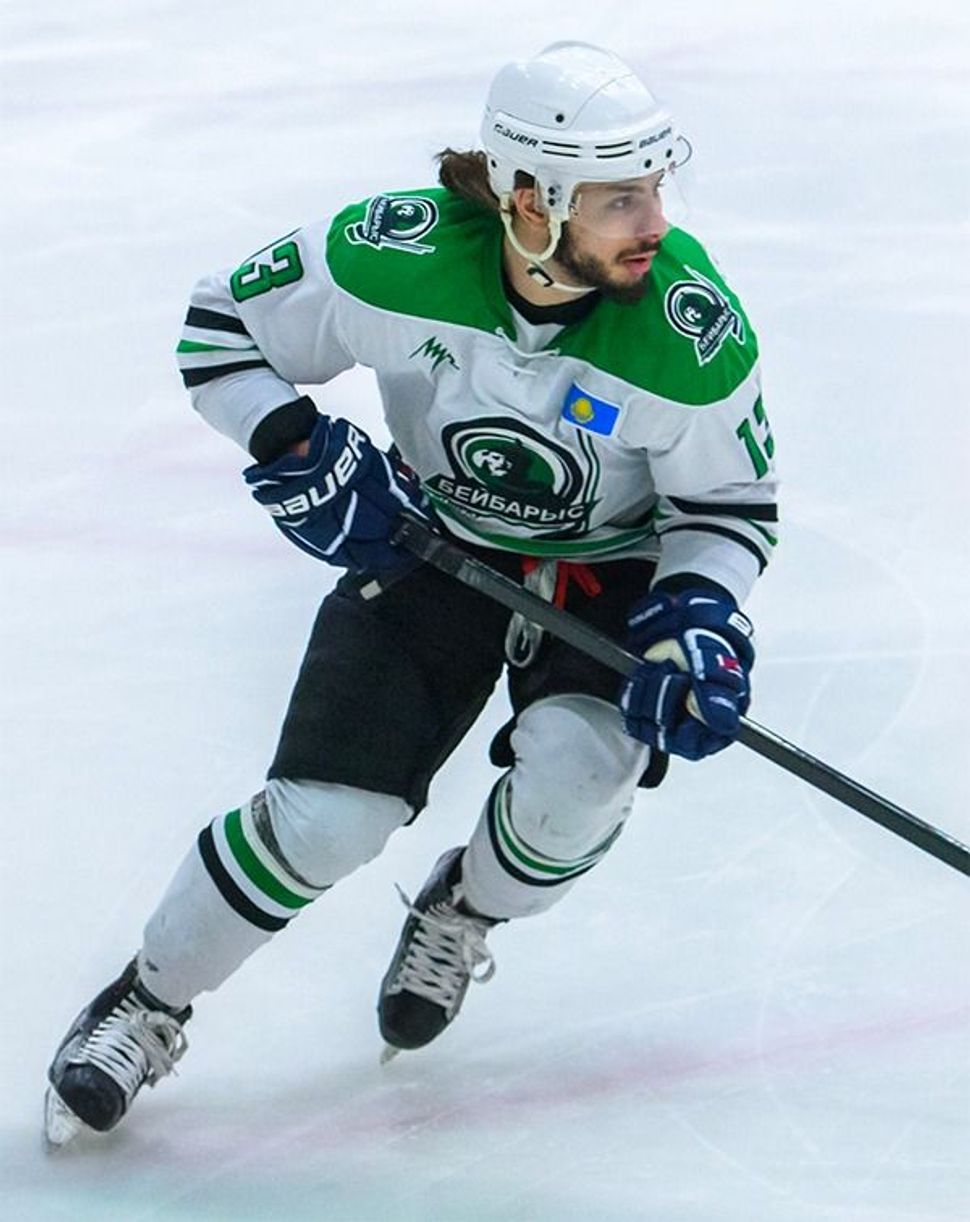 (JTA) — When the captain of Israel’s ice hockey team takes the ice for the coming season, he will be just a short walk from the notorious Auschwitz concentration camp where Nazis murdered nearly 1 million Jews during the Holocaust.

Eliezer Sherbatov, 28, signed last week to the local team in Oswiecim, the Polish name for Auschwitz. He told Yedioth Ahronoth, an Israeli newspaper, that he had felt welcomed and was not fearful that hockey fans would wield anti-Semitic taunts the way that Polish football fans have drawn criticism for doing.

“People here in Poland are happy that a Jew from Israel came to play for Auschwitz,” he told the newspaper. “I am happy to make this history, and of course want to help not forget the Holocaust.”

Sherbatov said he would be especially motivated to help the team succeed because of the dark history that unfolded less than two miles from its home rink.

“I have a great deal of motivation because it is Auschwitz,” Sherbatov told Yedioth Ahronoth. “I want to win the championship, the Polish Cup and the continental title, and then everyone will know the one who did this is a Jewish-Israeli.”

Sherbatov has played hockey since moving from Israel to Canada as a child. He is the captain of Israel’s national team, which is mostly composed of non-professional hockey players. “People would hear that I’m from Israel and they would laugh, but then see me on the ice and realize how fast and strong I am,” he said in an interview last year with the Israel Sports Excellence Foundation,