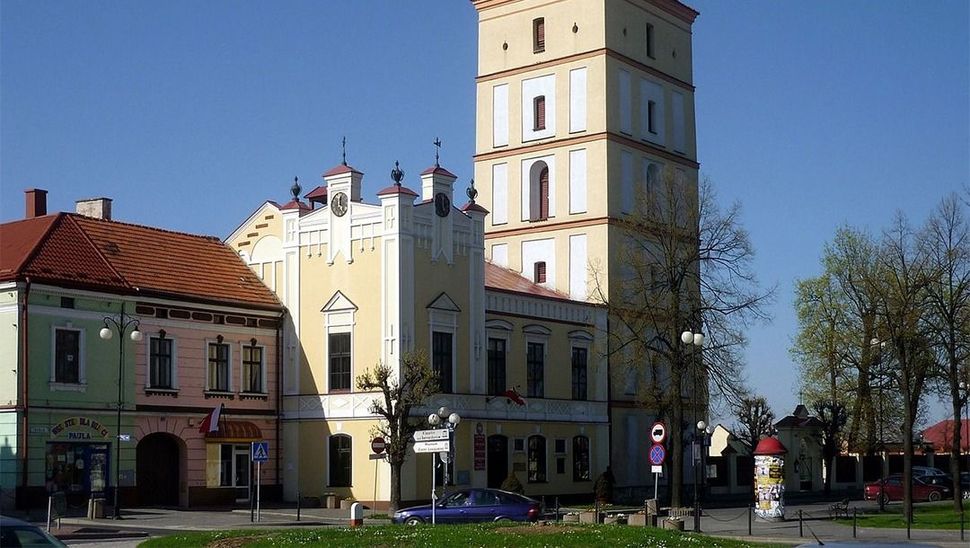 (JTA) — Dozens of Jewish headstones were discovered under the asphalt of a local market in Poland.

The headstones had been placed in the heart of Leżajsk, a town located about 120 miles south of Warsaw, at least 80 years ago, according to a report Friday in the Gazeta Wyborca daily.

The headstones, which were uncovered during construction work that began in June, have been removed and stored by the municipality, which will consult Jewish community officials on what to do with the find.

Between 1918 and 1939, Leżajsk’s population of about 5,000 was 90% Jewish, according to Yad Vashem, Israel’s national Holocaust museum. Many of them were saved thanks to the town’s proximity to the partition line that separated the German and Soviet occupation zones in Poland following the invasion of those armies into Poland in 1939.

The Germans sent many Leżajsk Jews to the Soviet occupation zone, where some were exiled into the heartland of Russia — a turn of events that meant they were safe from the Nazis when they opened the eastern front with the former Soviet Union in 1941. But the Jews of Leżajsk never re-established a community there after the Holocaust, ending a centuries-old Jewish presence in the town.

Both the Nazi occupation forces and communist regimes used Jewish headstones as building material throughout Eastern and Central Europe.

About 90% of Poland’s Jewish minority of 3.3 million people perished in the Holocaust.