A gay Jewish couple had a daughter by surrogate. The State Department is suing to stop her becoming a citizen. 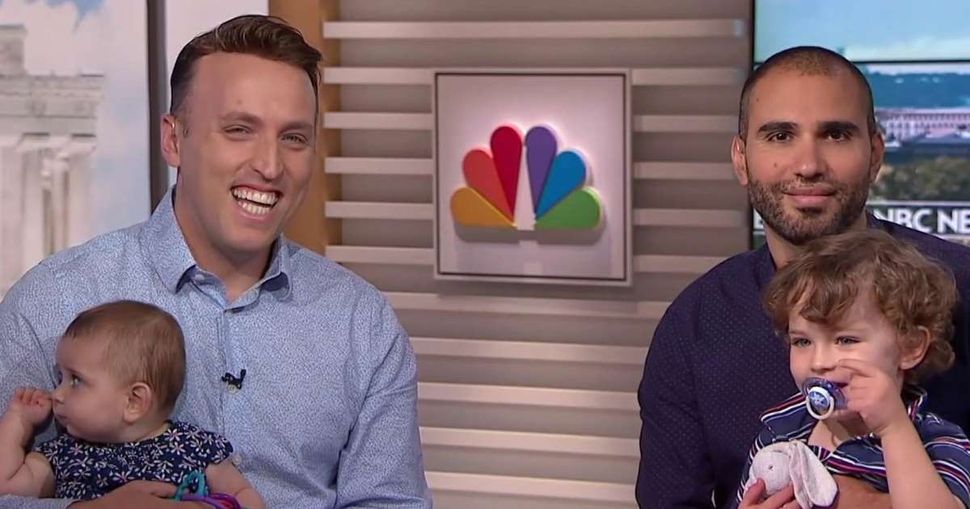 The State Department is appealing a federal judge’s ruling that said the United States must recognize the citizenship of the daughter of a gay Israeli-American couple, continuing the family’s legal battle to give the adopted children of same-sex couples the same right to U.S. citizenship as those of heterosexual couples.

Roee and Adiel Kiviti are American citizens, who have a son, Lev, that was born through surrogacy in Canada but has been recognized as a U.S. citizen since birth.

But when the couple’s daughter, Kessem, was born in 2019 through the same process, in Canada, the U.S. government denied her citizenship application, citing the fact that her biological relationship was to Adiel, who had only become a citizen at the beginning of the year, and was one year short of meeting the five-year residency requirement for transferring citizenship.

Even though Roee and Adiel are married, the State Department considered Kessem “born out of wedlock.” U.S. law states that “a baby born abroad to married parents is a U.S. citizen at birth when both parents are U.S. citizens and one of them has resided in the United States at any point prior to the baby’s birth.”

In June, a federal judge ruled that the U.S. had to make Kessem a citizen.

But on August 13 the government filed an appeal.

“It’s sad that we have to continue this legal battle,” Roee said in a press release about the appeal.

A gay Jewish couple had a daughter by surrogate. The State Department is suing to stop her becoming a citizen.