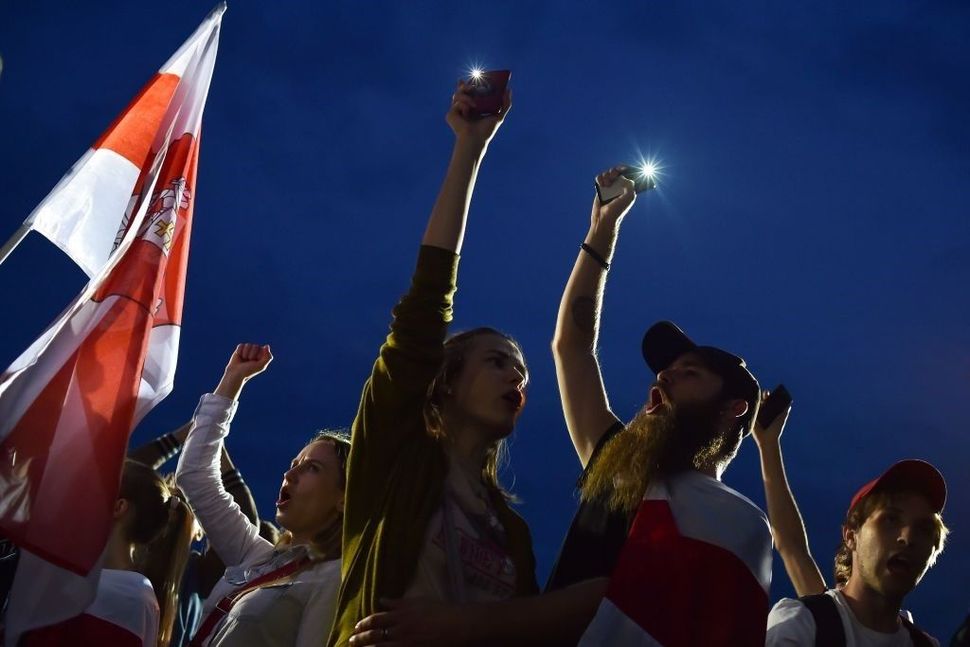 Ever since disputed election results were announced two weeks ago, hundreds of thousands of people have gathered in the streets of Belarus to call for the end of President Alexander Lukashenko’s 26-year rule.

In response, security forces have arrested thousands of protesters, with hundreds reported injured and nearly half a dozen killed. Reports have emerged of guards conducting beatings, threats and even torture on detainees.

Belarusian Jews say that leaders of the community – which comprises about 20,000 people — have tried to remain neutral, but that several young Jews have been swept up in the crackdown.

Artur Raisky and Albert Kengerli, both alumni of the Reform Jewish youth group Netzer, were picked up last week by authorities and spent days in detention.

According to Raisky, they were not even part of the protests. “We were just walking on the street downtown going to McDonalds and suddenly riot police came up to us and took us to a police bus,” he told the Times of Israel.

Raisky said he experienced no antisemitism in detention, another detainee told a different story. Alexander Fruman, an Israeli national who was born in Minsk but does not today have Belarusian citizenship, reportedly was beaten mercilessly, forced to sing patriotic songs and showered with antisemitic insults. When the police learned he was Israeli, they threatened him with a second circumcision, the Times of Israel reported.