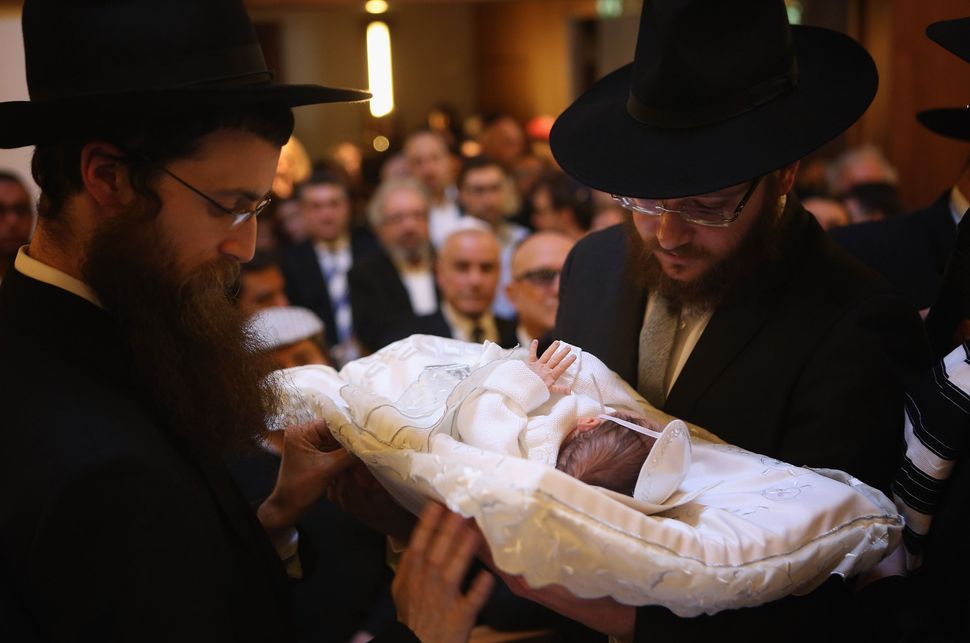 A circumcision in an Orthdoox community in Berlin in 2013. Image by Getty

A Jewish couple in New Zealand decided to perform a ritual circumcision on their son themselves, after determining that the country’s travel restrictions would make getting a mohel to fly in for the procedure impossible.

Noam and Elisheva Fogel waited five months to conduct the circumcision ceremony, called a brit milah or a bris, which signifies an infant boy joining the Jewish people and usually takes place eight days after the boy’s birth. Their son, Eden Rafael, was born two days before New Zealand went into full lockdown, keeping all foreign travelers out of the country.

That left the Fogels with no mohel, or circumciser, inside the country to perform the procedure. New Zealand requires all mohels to be a medical doctor, according to the Jerusalem Post, so the community relies on mohels who fly in from Australia.

Noam eventually decided to do the procedure himself, in consultation with multiple mohels and under the supervision of a doctor and a rabbi. The doctor did the sutures to close the cut.

“This is definitely a happy and emotional moment,” Elisheva told Ynet. “We are waiting for the day when we can tell him what he went through.”

In June, New Zealand became one of the first countries to declare itself free of coronavirus after imposing its quarantine. At the beginning of August, however, when several reported cases emerged after more than 100 days free of community spread, the country re-imposed a stringent lockdown.