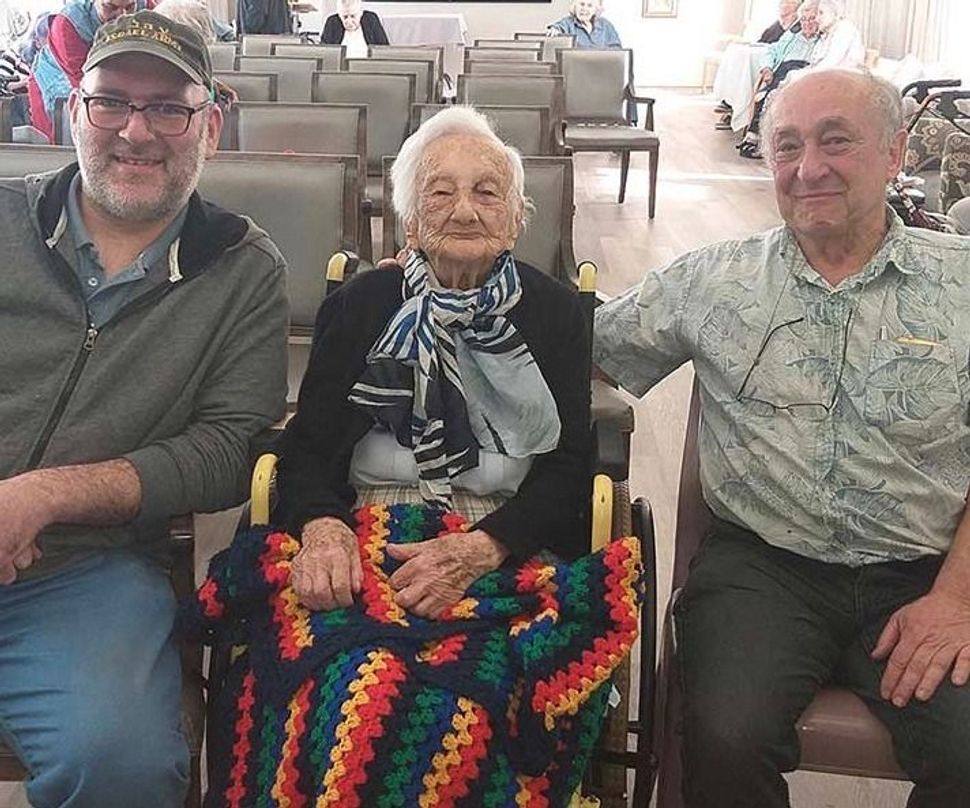 (JTA) — Only one person has ever officially fulfilled the traditional Jewish birthday blessing of living “until 120,” but Rosalie Wolpe from South Africa is well on her way.

Wolpe does not like to use the phone but agreed to have a 20-minute chat nonetheless, according to the report. She also dislikes the fuss that comes with birthday parties, though she had two thrown for her on her birthday Aug. 25, according to her son, David.

Last year, a local women’s Zionist group was among those feting Wolpe at her retirement home, Highlands House Home for the Jewish Aged. This year, only residents of the home were able to attend in person, because the facility is under lockdown because of the coronavirus.

“She handled it with great aplomb,” David Wolpe, 76, said of his mother’s reaction to the birthday parties, which relatives attended virtually.

Asked about the secret to her longevity in a 2017 interview with the South African Jewish Report, the former shopkeeper who was born in 1909 said: “I never had a car. I used to walk a lot.”