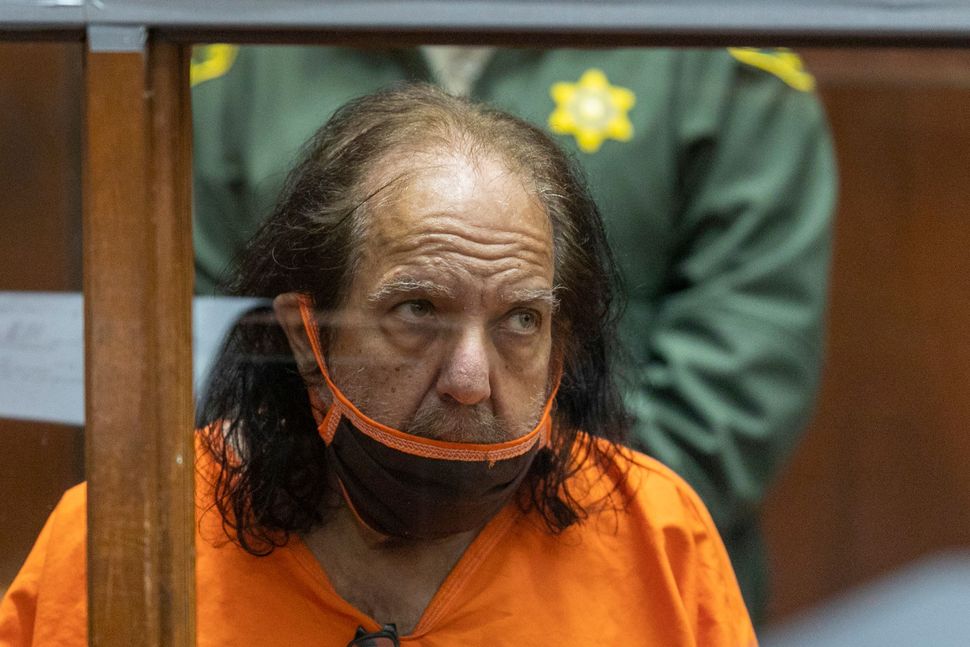 In June, Jeremy, whose real last name is Hyatt, was charged with raping three women and sexually assaulting a fourth between between 2014 and 2019 The New York Times reported. The 20 new charges brought by the Los Angeles County District Attorney’s office include forcible rape, sexual battery and sodomy.

Jeremy, 67, is now accused of, among other crimes, lewd conduct and sexual penetration with a foreign object of a 15-year-old girl at a party in 2004 and assaulting a woman on New Year’s Day of 2020. The charges bring Jeremy’s total alleged victims up to 17, with seven accusing him of rape.

The actor, who was born to a Jewish family in Queens, holds the Guinness World Record for most appearances in adult films.

In 2017, in the midst of the #MeToo movement, over a dozen women accused Jeremy of assault in a Rolling Stone article. The adult film actor denied any wrongdoing at the time and, in his arraignment on Monday, pleaded not guilty.

According to CNN, Jeremy is now being held on $6.6 million bail in a Los Angeles county jail. Should Jeremy be convicted on all charges, he could be sentenced to as much as 250 years in prison.