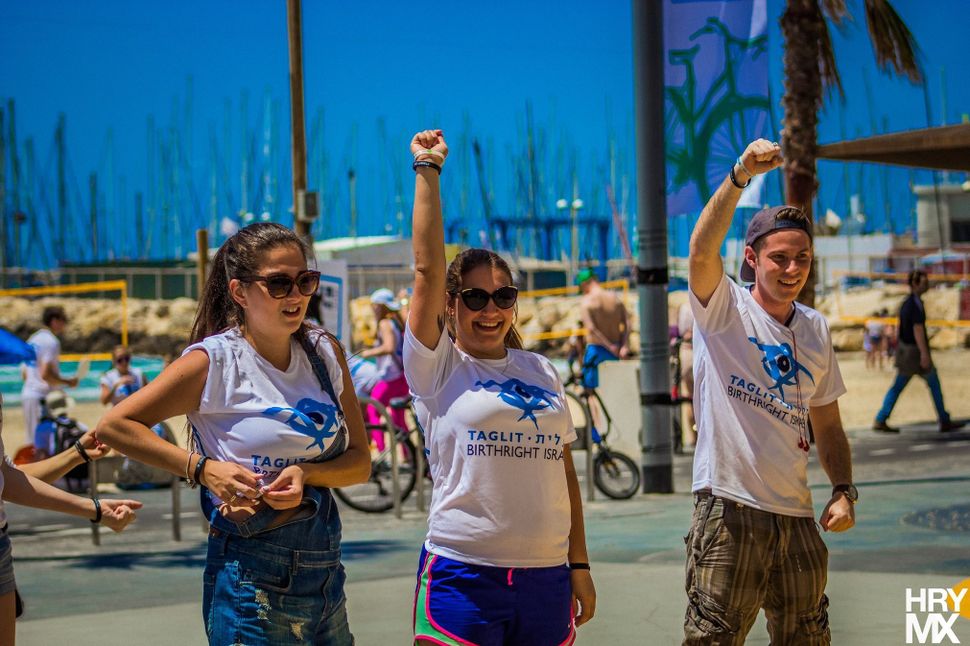 A new program will lower the cost of Israel trips for high school students by about $3,000 in order to give them that experience before they get to college — not during or after, as Birthright does.

The Jewish Education Project will lead the RootOne initiative, which will subsidize trips by five Jewish youth groups from across the denominational spectrum — the multi-denominational BBYO, the Orthodox NCSY and the Reform NFTY, along with USY and Ramah, both part of the Conservative movement.

The Marcus Foundation — chaired by billionaire Bernie Marcus, a co-founder of Home Depot — has given $20 million to the program, which will bring the cost of a trip lasting at least three weeks down as low as $1,500. The program plans to start its Israel trips in 2021, health conditions permitting.

“If the issue we are trying to address is getting kids to college campuses already primed, proud and able to talk about Israel and their Jewish identities, then waiting for a program that largely happens after college is not useful,” said David Bryfman, CEO of the Jewish Education Project.

Israel is a hotly-debated topic on many college campuses, and Jewish students have reported finding themselves expected to answer for its actions. This can make for a hostile environment; indeed, only about a quarter of Jewish students surveyed found their campuses to be welcoming of religious diversity, according to The Interfaith Diversity Experiences and Attitudes Longitudinal Survey, a study published last week by a nonprofit that promotes interfaith cooperation on campus.

Summer trips to Israel used to be a far more ubiquitous part of American Jewish life for teenagers than they are today. In the mid-1990s, around 12,000 Jewish teens traveled to Israel every summer, Bryfman said. Before the coronavirus pandemic brought international travel to a halt, those numbers were closer to 4,000 per year.

It’s crucial to sustain Jewish engagement in the years just after Bar and Bat Mitzvahs because children develop their own identities during adolescence, yet that’s when formal Jewish education ends many for many teens, Bryfman said.

In 2021, the RootOne initiative will try to start raising the number of teens who go to Israel by tapping the pool of those who couldn’t go in 2020 due to COVID-19.

“This pandemic is eventually going to be over, and if we as a Jewish community can’t continue offering light and hope at the end of the tunnel then we are failing ourselves,” Bryfman said.