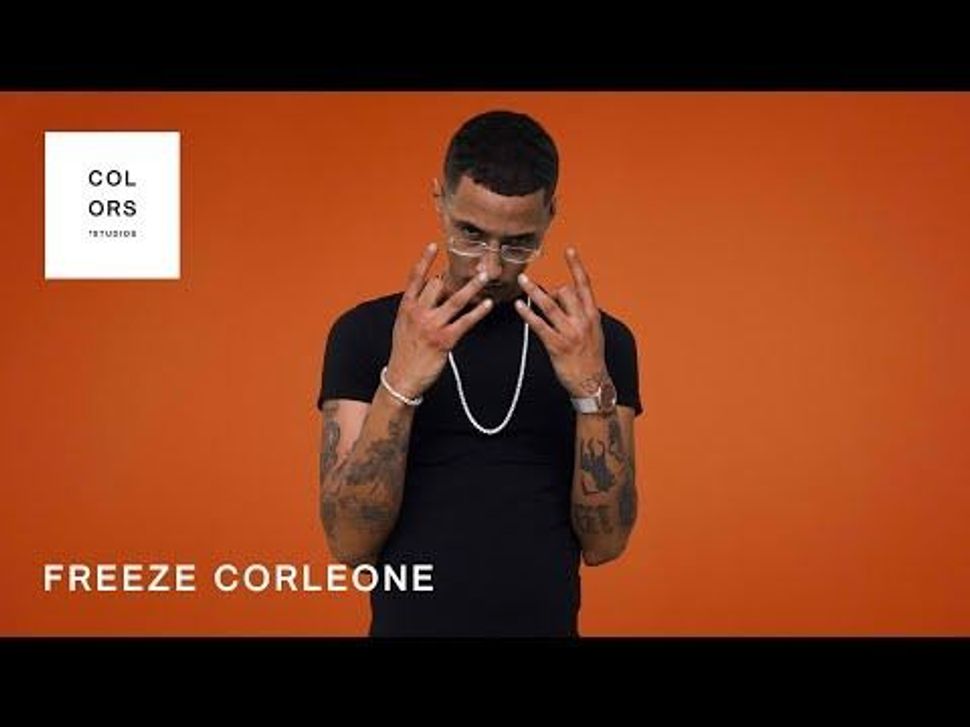 The International League against Racism and Anti-Semitism, or LICRA, urged YouTube, Google, Apple Music and Spotify to remove works by Issa Lorenzo Diakhaté. The 28-year-old rapper, also known as Freeze Corleone, engages in “anti-Semitism, conspiracy theories, glorification of Hitler and the Third Reich and the terrorist Mullah Omar,” a former leader of the Taliban, LICRA wrote last week on Twitter.

Corleone sings in his 10th album, “The Phantom Threat,” about wanting his children to “live like Jewish investors” and of being “determined like Adolf.”

He also sings “F*| a Rothchild, f*| a Rockefeller, I come determined like Adolf in the ’30s” and “couldn’t care less about the Shoah.”

Corleone’s album has enjoyed considerable commercial success by local standards, selling about 15,000 copies since its release on Sept. 11 – a date some believe he chose deliberately. The album’s 17 songs have been played more than 5 million times on Spotify, according to the magazine Marianne. Corleone has a long history of similar statements in his previous albums, the magazine showed.

Also last week, a different court fined another Holocaust denier, Alain Soral, some $6,350 for blaming Jews for the fire that ravaged the Notre Dame church in the French capital in 2019.