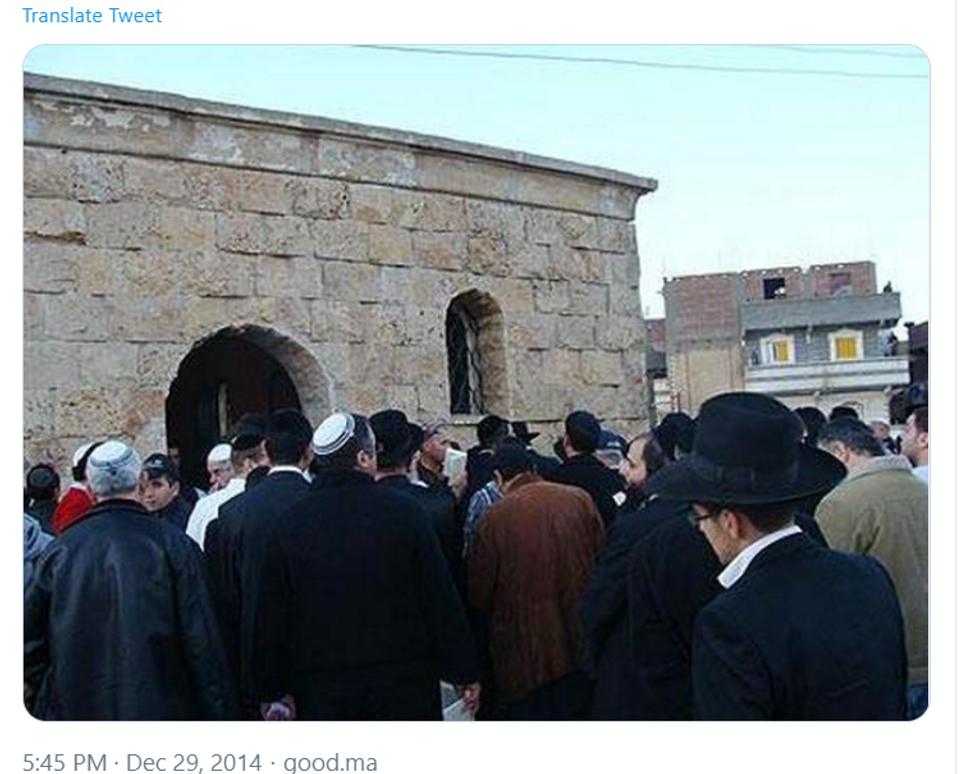 The Egyptian government has confirmed a ban on Jewish pilgrimages to the grave of Rabbi Yaakov Abuhatzeira, who is buried in Beheira Governorate, just east of Alexandria, according to the Egyptian newspaper, Al-Ahram.

Rabbi Yaakov Abuhatzeira is the grandfather of Rabbi Israel Abuhatzeira, better known as the Baba Sali, who was a leader of the Moroccan community in Israel until his death in 1984. Yaakov Abuhatzeira was a major rabbi in 19th century Morocco until he departed on a pilgrimage to what was known then as Palestine, upon which he grew ill and passed away in the city of Damanhur, in Egypt, where he remains buried today.

Starting in 1979, when Israel’s relations with Egypt were normalized, Yaakov Abuhatzeira’s grave drew hundreds and even thousands of Jewish pilgrims every year during the week surrounding the Hebrew anniversary of his death, the 19th of Tevet. In 2001, the grave and the connected Jewish cemetery were added to Egypt’s list of Islamic and Coptic sites, a registry of major religious tourism sites in the country.

In 2014, however, the Supreme Administrative Court of Egypt voted to remove the shrine from Egypt’s list of Islamic and Coptic religious sites, effectively removing any state protection from the site. At the time the court cited the manner in which Jews celebrated the pilgrimage at the site, involving dancing and alcohol, claiming that it offended the Muslim residents of the relatively rural and conservative region.

Magda Haroun, the President of Egypt’s small Jewish community, had denounced the decision, worried that Yaakov Abuhatzeira’s would end up being destroyed.

“This will lead to its demolition, even though its owner had a great position among Mizrahi Jews,” she told the Egyptian daily Al-Masry Al-Youm, “it could have attracted religious tourism.”

Various appeals and grievances have been lodged since the, but to no avail.

They court also refused a request by UNESCO to transfer Yaakov Abuhatzeira’s remains to Israel.

“Egypt is a country of religious tolerance, and it is not permissible to transfer the remains of a Jewish rabbi to Israel, because the People of the Scriptures — those who believe in the ‘Torah’ or the ‘Gospel’ — enjoy all rights in Egypt. Transferring [the remains] would contradict Islam’s tolerance and its generous view of the People of the Scriptures,” the Supreme administrative court told Al Ahram in explanation of the ruling.

They also cited the Arab character of Jerusalem as a reason why the Jewish rabbi’s remains did not belong.