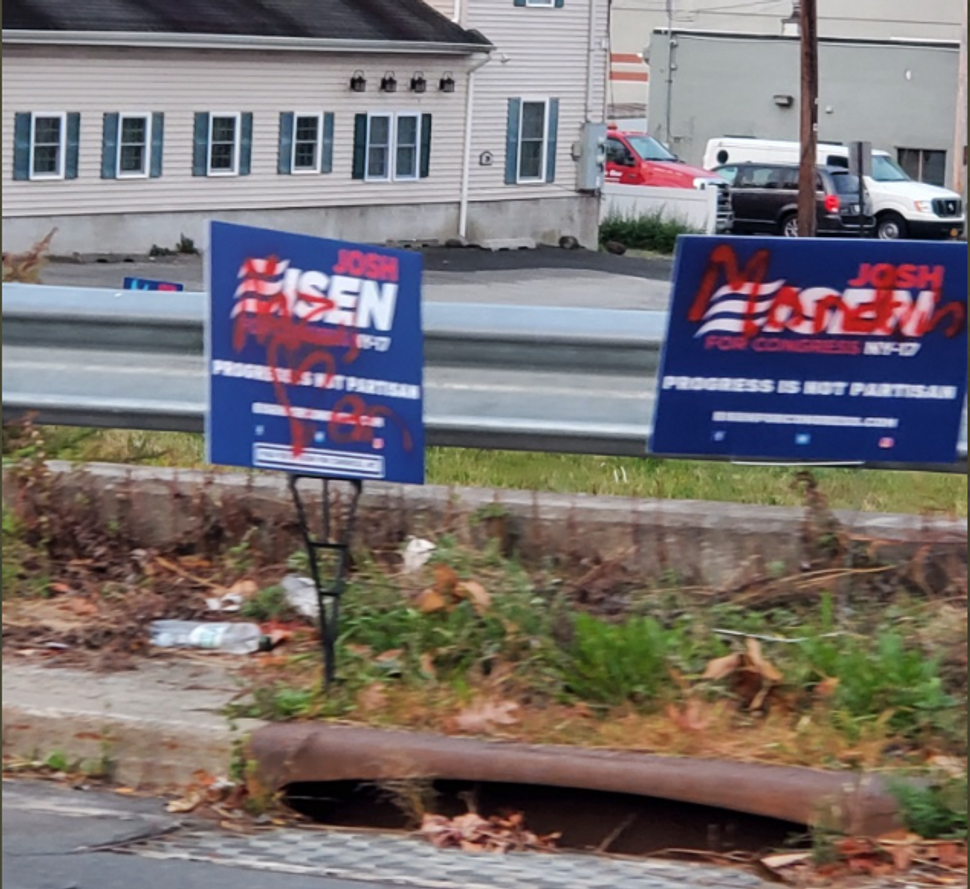 More than a dozen signs promoting Joshua Eisen, a Jewish congressional candidate from New York’s Rockland County, were vandalized on Tuesday night, in addition to signs for his opponent, according to a report by News 12 Westchester.

The vandalized signs, spray-painted with phrases like “Nazi lover” were found in the towns of Monsey, Suffern and Nyack. Eisen is the son of a Holocaust survivor.

Though at the start of the primary season he was running as a Republican, Eisen is now running as an independent.

On Twitter and without evidence, Eisen accused his opponent, Democrat Mondaire Jones, of the vandalism.

However, Jones’ campaign pointed out that their signs have also been vandalized.

“We wholeheartedly condemn any form of hatred, are disturbed by these acts and are eager to hear the results of any investigations performed into the vandalism,” his campaign said.

Jones, if he wins in November would be one of the first two Black gay men to join Congress in 2021. He has received strong support from the county’s secular Jewish community thanks to his progressive values and support for Israel, but not the endorsement of its Hasidic communities.

Rockland county has long been the site of tension between between its large ultra-Orthodox population in enclaves like Monsey, and other groups, including other Jews. Eisen, however, is not an ultra-Orthodox Jew.