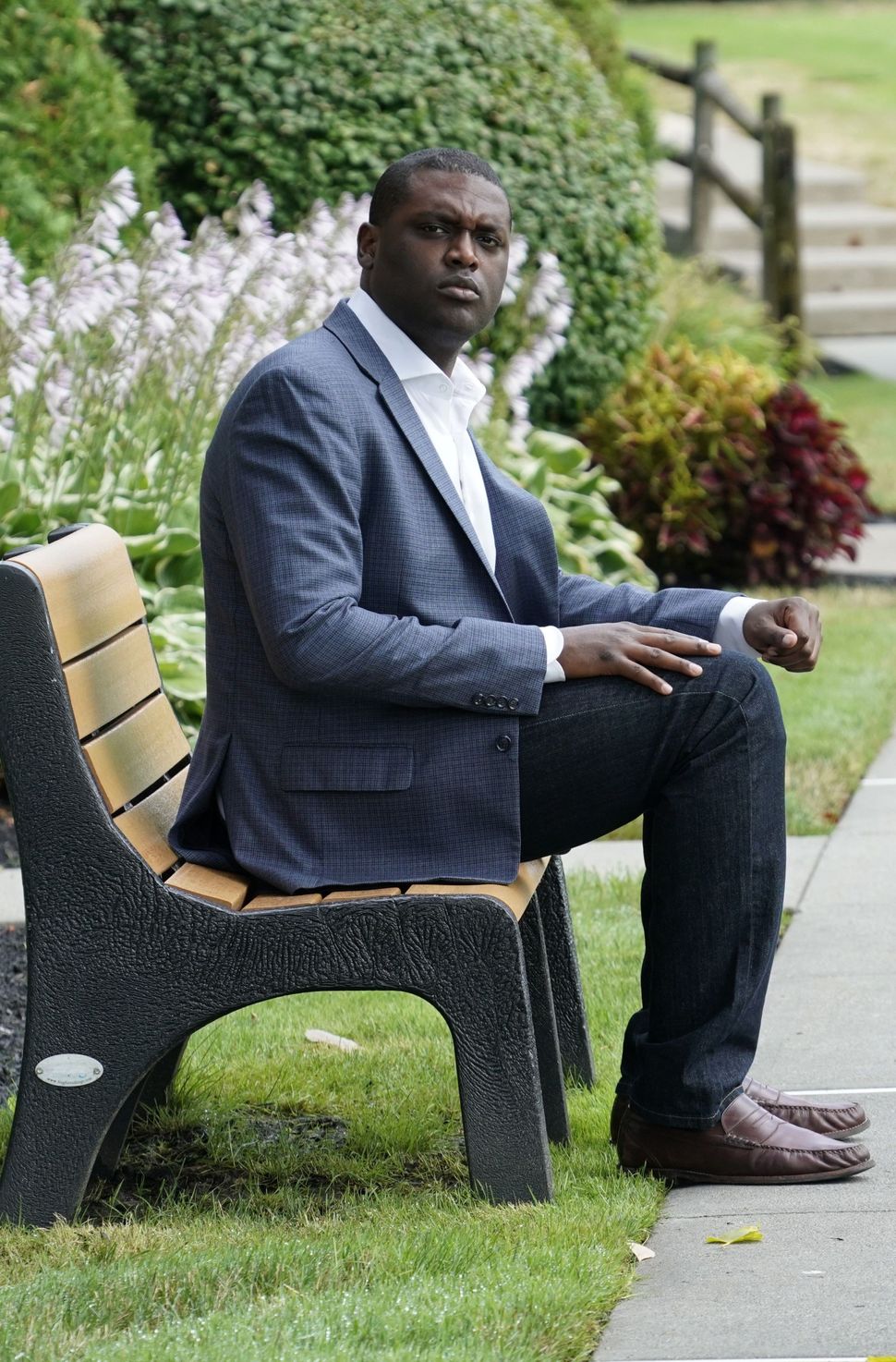 Mondaire Jones, photographed outside his home in Nyack, N.Y., on July 23. Image by Getty

In the middle of a once-in-a-century pandemic and historic protests over systemic racism in American society, three New York electoral districts with large Jewish communities are getting new political representation for the first time in well over a generation.

The heavily Jewish Riverdale section of the Bronx as well as Rockland and Westchester Counties are getting their first new congressional representatives since 1989, while Williamsburg in Brooklyn is losing the state assemblyman it has had since the Nixon administration.

In each case, the victor was an insurgent progressive who ran a grassroots campaign and overcame spending gaps to win big against establishment figures with records of focusing on Jewish issues.

The Jewish constituencies in these areas run the spectrum, from progressive secular Jews to the conservative Hasidic community. In each one, the establishment figures suffered a loss, but the communities differed in how they reacted to it – some supported the party’s changing of the guard, some fought it, and some sat out the race entirely.

“For Jews, the 11th Commandment is thou shalt vote, and 11a is thou shalt vote Democratic,” said Hank Sheinkopf, a longtime political consultant in New York. In a moment of national crisis, Jews who might normally have focused their vote around Israel, or to supporting friendly incumbents, “will direct their attention to other places.”

More than two-thirds of Jews vote Democratic, and the community — especially in New York — has often supported establishment center-left figures like Rep. Eliot Engel, who has represented the 16th district parts of the Bronx and southern Westchester County for decades.

Engel, who used his position as chairman of the House Committee on Foreign Affairs to promote a hawkish stance on Israeli-Palestinian policy, lost badly to Jamaal Bowman, a former middle school principal. 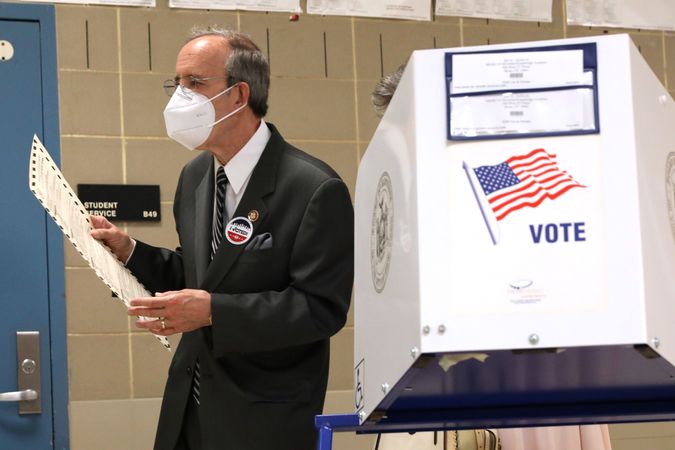 While Jewish institutions heavily backed Engel, prominent communal figures criticized Bowman for his anti-settlement positions. Bowman exchanged open letters on his Israel stances with Rabbi Avi Weiss, a prominent rabbi and seminary founder who represents the socially liberal wing of Orthodoxy, and who took Bowman to task for what he considered to be Bowman’s inadequate responses..

Yet Engel’s over-reliance on Israel may have soured some voters on him, as when he repeatedly answered debate questions on domestic issues with statements about Israel. Engel’s series of blunders – including saying at a local press conference that he wouldn’t have bothered coming if he didn’t have a primary – surely didn’t help.

“The old political playbook — which cautioned candidates to never criticize harmful Israeli government policies or vocally support Palestinian rights — is no longer relevant,” J Street spokesperson Logan Bayroff said in a statement. “Instead, candidates are taking note that appearing to be too hawkish on these issues is now becoming politically risky.” 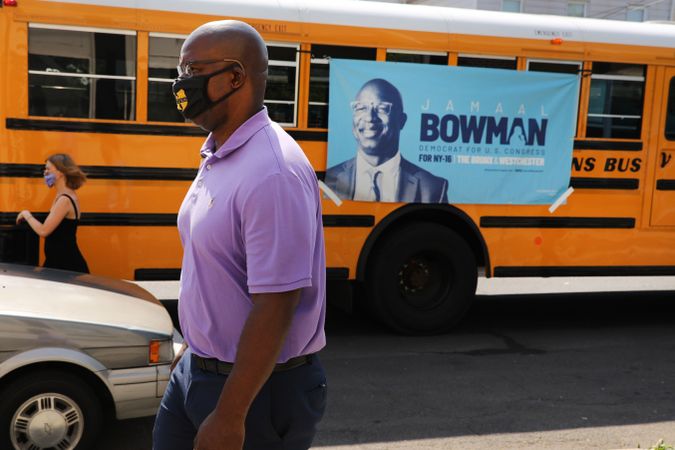 Jamaal Bowman meeting voters at a school in Mount Vernon, N.Y., on June 23. Image by Getty

Rep. Nita Lowey, the member of Congress for Rockland and upper Westchester, entered Congress in the same year as Engel, and the two had similar records on Israel. Lowey announced her retirement last year after Mondaire Jones, a local attorney, said he was running in the primary.

Jones managed to make Israel a non-issue in the race by actively reassuring Jewish voters about his support for Israel, especially after he received endorsements from Sen. Bernie Sanders and Rep. Alexandria Ocasio-Cortez, two progressive politicians who many Jewish Democrats feel have either made anti-Israel statements or not signaled their support for the country sufficiently.

The attention to Israel paid off: He appears to have received wide support among the secular Jewish community in the district.

Jones “really did his homework to make the Jewish population in Westchester and Rockland very comfortable that they’re not gonna get someone who will bash Israel, which is a big concern for the Jews,” said Steve Gold, the co-president of the Jewish Federation of Rockland County. 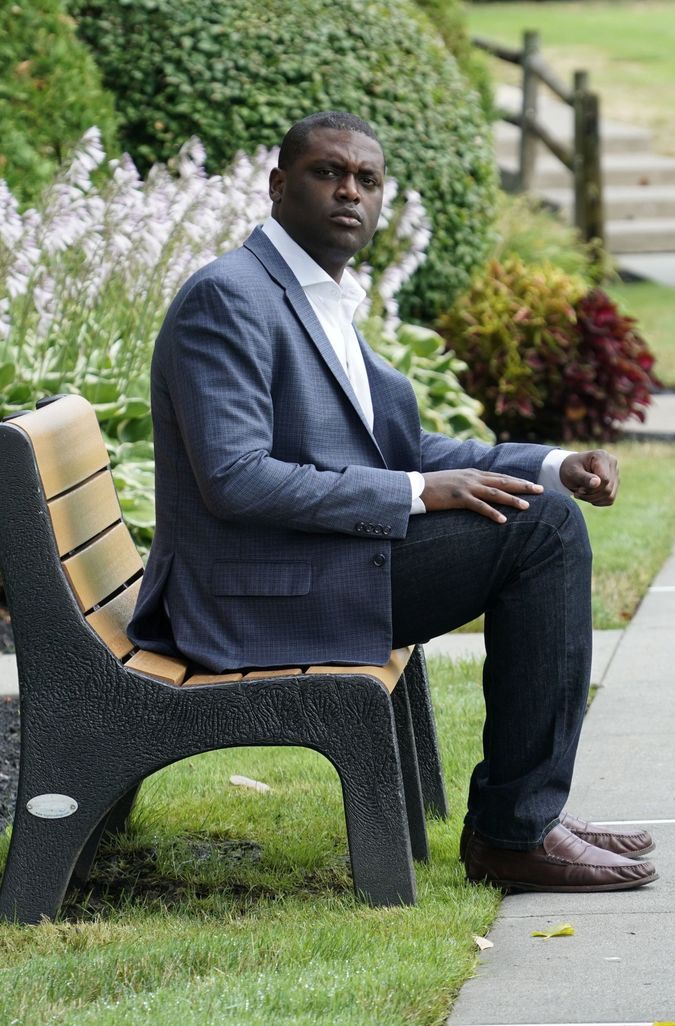 Mondaire Jones, photographed outside his home in Nyack, N.Y., on July 23. Image by Getty

In an interview with JTA, Jones said he thought Israel came up less than he expected it would, but was frustrated that people assumed that by virtue of the endorsements he received, he would be automatically critical of Israel.

“One thing I want Jewish people to know is that I will be a friend to Israel and that my love for the Jewish community is a longstanding affinity,” he said. “Having been born and raised in Rockland County, I feel like I’m part of the Jewish family.”

Assuaging that concern left much of this secular suburban Jewish community to focus on Jones’ progressive platform, which includes Medicare For All, co-sponsoring the Green New Deal, dramatically expanding public housing and forgiving student debt. As one of the first two Black gay men who will join Congress in 2021, and who left a life of poverty to attend Stanford University, he represented the aspirations of the quest for racial justice in the U.S.

“Mondaire has a lot of the values that we teach our kids as Jews,” said Shari Maurer, a literary agent and activist who acted as a Jones partisan in her Jewish community in Rockland County. “You talk about Tikkun Olam” — repairing the world — “I can’t think of anyone who embodies that more than Mondaire.”

Jones also beat out Jewish candidates with roots in the Westchester Jewish world. Adam Schleifer, the federal prosecutor son of Lawrence Schleifer, the billionaire executive of a pharmaceutical company, and Harriet Schleifer, the current president of the American Jewish Committee, outspent Jones four-to-one, including with $4 million of his own money.

Schleifer even received the Hasidic endorsement over Jones, according to a campaign mailer obtained by Jewish Insider in June. The endorsement is often an extremely valuable political prize, but turnout in the sector appeared to be far lower than usual.

The end of Hasidic bloc voting?

Indeed, another race also suggested that the Hasidic community does not always care to wield its immense voting power, undermining Hasidic leaders who rely on being able to marshall thousands of votes in order to press politicians to cater to Hasidic needs.

Hasidic turnout in the state assembly primaries in Williamsburg and Boro Park were also low. In the former race, Joe Lentol, a 47-year incumbent and friend to Hasidic leadership, lost to Emily Gallagher, a local activist and community board member who has been critical of yeshivas. She won by hundreds of votes, in a district where there are at least 25,000 registered Hasidic voters.

If the Hasidic community had turned out in their usual numbers, “Gallagher would not have had a snowball’s chance in hell of winning,” said Ezra Friedlander, a Hasidic lobbyist and political consultant.

Friedlander said the losses point to frustration from the community with their leadership — particularly their inability to deliver on key requests during the pandemic, such as allowing them to visit sick relatives in the hospital or lobbying the state to open sleepaway camps.

He worries it will erode the community’s influence.

“The Hasidic community by itself has the numbers to alter the primary for mayor,” he said. “If they would vote as a bloc — and I say the word bloc with pride — they could change the entire election.”

But in Rockland, the reason for low voter turnout was less dire, according to Yossi Gestetner, the leader of OJPAC, an Orthodox public policy group.

For the first time in years, candidates campaigning in Rockland County did not make an issue of the large Hasidic population there, he said. Jones and other candidates largely sidestepped livewire issues that might have poked the sleeping giant of the Hasidic voting bloc, such as the community’s sometimes zoning law-defying expansion or its years-long control over the East Ramapo public school district.

Jones “made a decision that he’s not gonna get too much support there, but he’s not gonna antagonize,” said Gestetner, who is a former campaign advisor. Since the election, Gestetner said, Jones has had numerous calls with Hasidic leaders in the area, who feel confident they’ll be able to work with him.

The changes in Westchester, Rockland and Brooklyn may be signalling a shift in the way Orthodox Jews vote — and could provide an opening for Republicans to seize on their fundraising prowess and voting power and win districts where clinching the Democratic primary has long meant an inevitable victory in November.

“There is an opportunity there, if there is again this split of Jewish constituencies,” said Jeanne Zaino, a professor of political science at Iona College in New Rochelle, N.Y.

If Republicans can capture Jewish interest through Israel policies and banner Hasidic issues like education, they could mount their own insurgency, she said.

Friedlander, however, is confident that at least the Hasidic community will find more common ground with progressives in Jones’ and Gallagher’s molds than they realize, such as on issues of expanding the social safety net and securing housing protections.

“I don’t see it as a sad day,” Friedlander said. “I see it as an opportunity.”