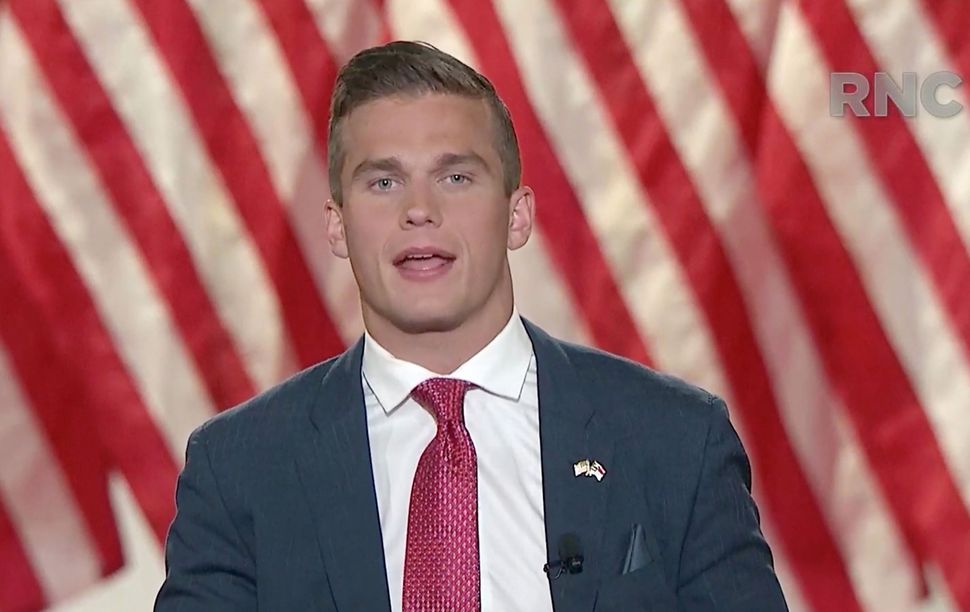 Greene has promoted the baseless QAnon theory, which holds that a global cabal of Satanic pedophiles are operating a worldwide child sex trafficking ring. She has been embraced by mainstream Republicans, including President Donald Trump. Heavily favored to win, she was declared winner of her northwest Georgia district Tuesday night, leading her Democratic opponent with nearly 79% of the vote.

Cawthorn will replace White House Chief of Staff Mark Meadows in what has historically been a safe Republican district in western North Carolina. Over the summer, the 25-year-old drew controversy for a 2017 Instagram post recounting what Cawthorn described as a “bucket list” vacation to Adolf Hitler’s mountain retreat.

“Seeing the Eagles Nest has been on my bucket list for awhile,” Cawthorn wrote in the caption. “Strange to hear so many laughs and share such a good time with my brother where only 79 years ago a supreme evil shared laughs and good times with his compatriots.”

Cawthorn was also criticized for creating an attack website that claimed a journalist who had written unfavorably about him was disloyal to white men.