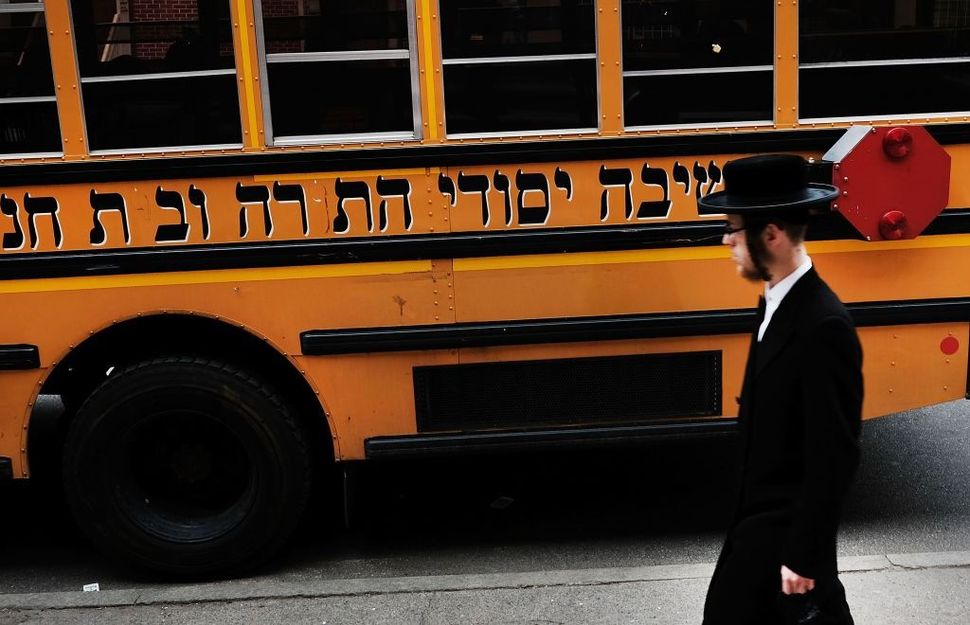 A young man walks by a school bus for a Hasidic yeshiva in Brooklyn. Image by Getty Images

While New York City public schools are closing due to the city reaching an average 3% positivity rate over the last seven days, private schools, including Jewish day schools and yeshivas, are not being asked to comply with the city’s ruling — yet.

The city and state both have different data for the seven-day average that determines school closures. The city health department’s rate is at 3% while the state’s rate for the city is at 2.5%

New York Gov. Andrew Cuomo could subject all five boroughs to “orange zone” restrictions if the state’s data catches up to the city’s, meaning that private schools, indoor dining, gyms and salons would close. Mass gatherings would be limited to 10 people.

Orthodox and Russian-Jewish areas of Brooklyn like Borough Park had been subject to school closures after Cuomo placed them inside a “red zone” experiencing a coronavirus spike. Schools were able to reopen at the beginning of the month with the requirement that students, teachers and staff be tested for the virus before returning, and that a 25% share of each school was tested each week.