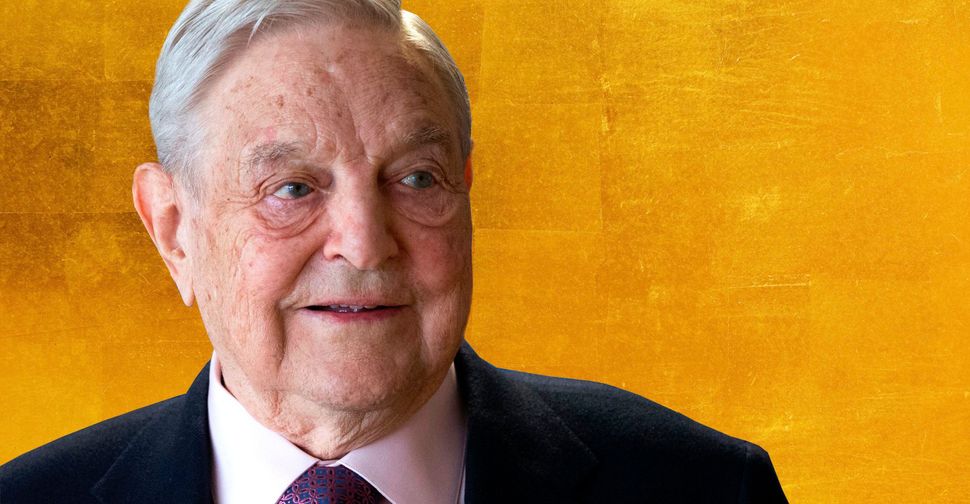 In an op-ed in Hungary’s pro-government outlet Origo, a Hungarian minister compared George Soros to Hitler on Saturday, calling the Hungarian-born Jewish philanthropist and Holocaust survivor “the liberal Führer” before retracting his comment and deleting his Facebook page.

“Europe is George Soros’ gas chamber,” wrote Szilard Demeter, ministerial commissioner and head of the Petofi Literary Museum in Budapest. “Poison gas flows from the capsule of a multicultural open society, which is deadly to the European way of life.”

“His liber-Aryan army deifies him more than did Hitler’s own,” Demeter said.

Despite close ties between Israel and Viktor Orban’s government, the Israeli embassy in Budapest protested.

We utterly reject the use and abuse of the memory of the Holocaust for any purpose, as unfortunately appeared in an op-ed today. There is no place for connecting the worst crime in human history, or its perpetrators, to any contemporary debate, no matter how essential.

Following the public outcry, Demeter has since said that he will retract his article, “independently of what I think,” and delete his Facebook page.

“(The article) is a textbook case of the relativization of the Holocaust, and is therefore incompatible with the government’s claim of zero tolerance for anti-Semitism,” said a statement from the Unified Hungarian Jewish Congregation.

“I will grant that those criticizing me are correct in saying that to call someone a Nazi is to relativize, and that making parallels with Nazis can inadvertently cause harm to the memory of the victims,” he said in a statement.

Nonetheless, many are still calling for his removal, including former Hungarian Prime Minister Gordon Bajnai, who said if he is not removed by Monday, “Hungarians and the rest of the world will obviously consider (his) statement as the position of the Hungarian government.”

Soros has long been the target of antisemitic conspiracy theories claiming that he is behind everything from “Antifa” (which means “antifascist”) to migrant caravans coming to the U.S. from Latin America.

One of the most prominent features of the conspiracy theories surrounding is the baseless claim that he was a supporter of the Nazi Party during World War II.

In fact, he was only 13 years old when the Nazis invaded Hungary. He managed to survive the war by disguising himself as a Christian along with the rest of his family.