China’s Kaifeng Jews are celebrating Hanukkah in secret, for fear of government repression 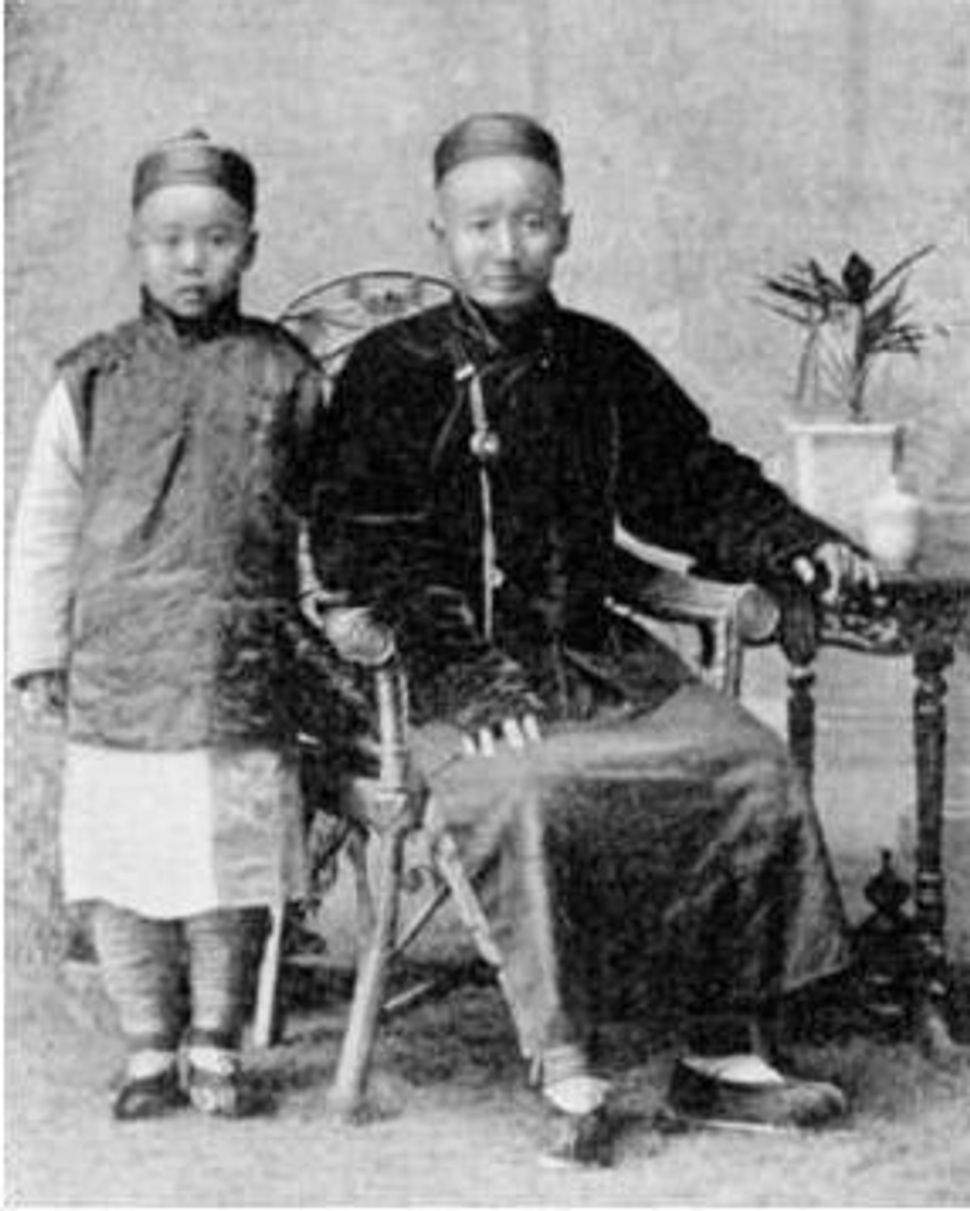 A pair of Jews in Kaifeng, in the the late 19th or early 20th centuries. Image by Wikipedia

China’s small Jewish community will be celebrating Hanukkah in secret this year out of fear, although public display is one of the holiday’s most important aspects.

Despite a history stretching back more than a millennium in the country, the community, which numbers less than a thousand members, have been swept up in President Xi Jinping’s campaign to “sinicise” faith in China and remove so-called foreign influence, the Telegraph reported.

The same policies have led to the imprisonment of more than one million Uyghur Muslims in internment and re-education camps in China’s northwestern Xinjiang province.

The Kaifeng Jews haven’t met the same fate as the Uyghurs, but they’ve still been a target of the state’s repressions. Since 2014, the community’s schools have been closed, its teachers expelled, museum exhibits on their history removed and the region where they live closed to Jewish visitors from abroad.

“It’s government policy — China doesn’t want to recognize us as Jews,” one community member, whose identity was kept secret, told the Telegraph. “Their goal is to make sure the next generation doesn’t have any Jewish identity.”

Holiday times are some of the most dangerous to the community, when state officials will often drop by to check for celebrations.

According to the Telegraph, community members even fear publicly associating with each other such as eating at restaurants, under fear that they will be informed.

“It’s a small place,” one Jewish man said. “Restaurant managers know that we are the Jews, and they will report us to the authorities.”

China’s Kaifeng Jews are celebrating Hanukkah in secret, for fear of government repression