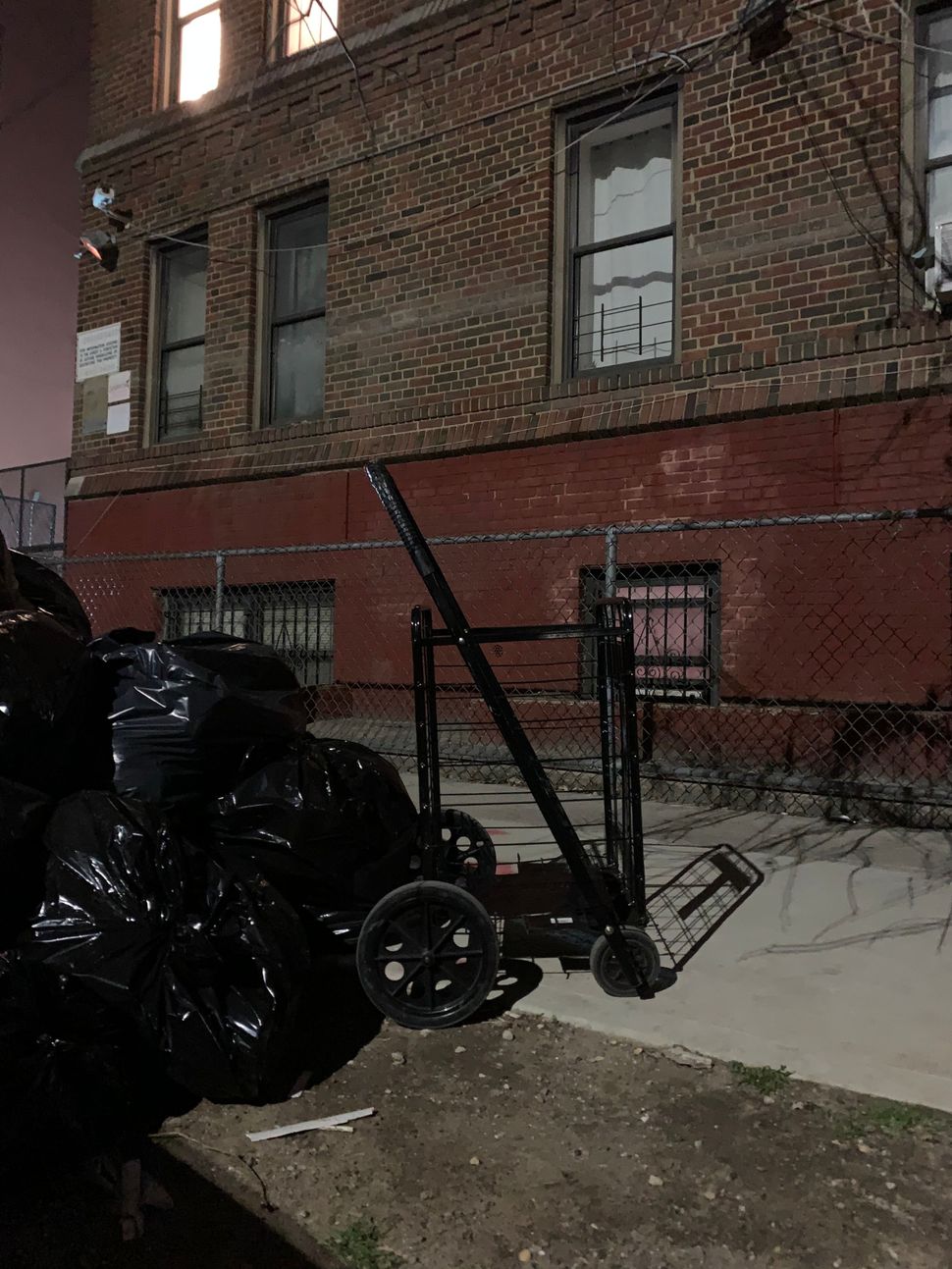 Trash Heap City: The author’s Brooklyn shopping cart next to a pile of garbage. Image by Anya Ulinich

A group of Brooklyn Jews went on an extended dumpster dive Monday night in a hunt for a sacred object: a pair of tefillin that had been accidentally discarded.

The leather straps and boxes that Orthodox Jewish men wear to prayer, which contain holy scriptures, were noticed missing on Thursday according to NBC New York. A pair of tefillin can easily cost hundreds if not thousands of dollars; they can also have significant sentimental meaning. Traditionally, Jewish law dictates that sacred objects like tefillin, are buried rather than discarded when they can no longer be used.

Upon realizing the tefillin had been discarded, their owner, whose name has not been released, contacted Williamsburg’s United Jewish Organizations (UJO,) a charity group that offers a variety of services to the local Jewish community, asking for help.

The UJO liaised with the city’s Sanitation Department to see if the garbage haul suspected to contain the tefillin could be tracked down. The department told them the truck that had most recently picked up trash from their neighborhood was being held at the Varick Avenue transfer station.

With the help of New York City’s Sanitation Department, which supplied gloves, boots and suits, the tefillin’s owner and volunteers from the UJO dived into the refuse and didn’t leave until they were successful. They managed to locate the man’s tefillin in the early hours of Tuesday morning.

Thank you Chief and the entire DSNY staff for your immediate response pic.twitter.com/QOu8gJ0Mvp

The Sanitation Department also tweeted their relief at the discovery.

Lost & Found success! We are happy this #Brooklyn resident got his tefillin (religious item) back after it accidentally ended up in the trash. After quickly notifying us, we located the truck, and were able to hold it back to be searched. And after a bit of looking…success! pic.twitter.com/iuDfArjk4o