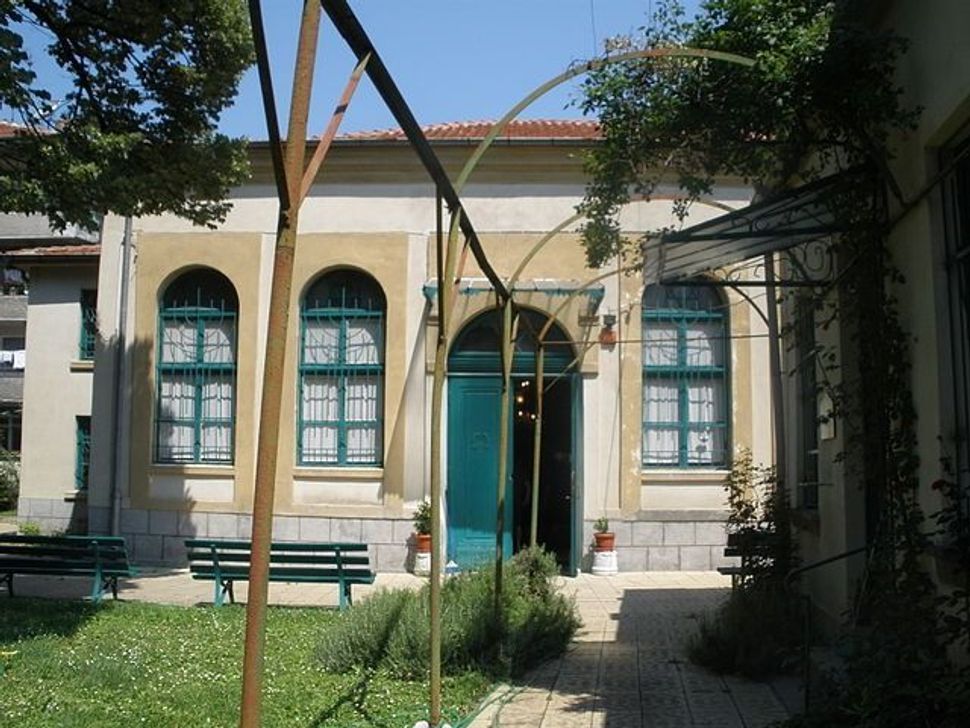 Over the weekend, vandals claiming to belong to Antifa Bulgaria painted a synagogue in the country with graffiti reading “free Palestine” and equated the Israeli government with the Nazi regime.

The target of the vandals was Bulgaria’s oldest synagogue, the Zion Synagogue in Plovdiv, a city on Bulgaria’s border with Turkey.

Shalom, an organization that represents Bulgarian Jewry, condemned the graffiti, according to Bulgarian news outlet the Sofia Globe. In their condemnation, Shalom cited the International Holocaust Remembrance Alliance’s definition of antisemitism, which categorizes the comparison of modern Israeli policies to the Nazi regime as a form of antisemitism.

While the IHRA definition is disputed by many, most definitions of antisemitism, including that of the ADL, find that holding all Jews responsible for the actions of the Israeli government is a form of antisemitism.

Antifa Bulgaria is most known for their counter protests to The annual Lukov March in Sofia which is hosted by Bulgarian neo-Nazis to honor Nazi Collaborator Hristo Lukov. Lukov was a prominent advocate of antisemitism during the Bulgaria’s alliance with Nazi Germany, but was assassinated by Jewish partisans affiliated with Bulgaria’s Communist party in 1943. No march was held this year due to the coronavirus pandemic.

Though the kingdom of Bulgaria was allied with Nazi Germany during World War II, it, like Denmark, was one of the few such countries to save almost the entirety of its Jewish population. Few of Bulgaria’s 48,000 Jews were killed or even deported during the war, thanks to the protection of Bulgaria’s Tsar Boris III and local church leaders. However, Jewish men were conscripted into labor battalions, and Bulgarian forces assisting the Nazis did help facilitate the Holocaust in Bulgarian-occupied regions of Yugoslavia and Greece such as Macedonia and Thrace.

According to the Sofia Globe, there were nine reported incidents of antisemitism in Bulgaria in 2019, none of which resulted in a conviction.