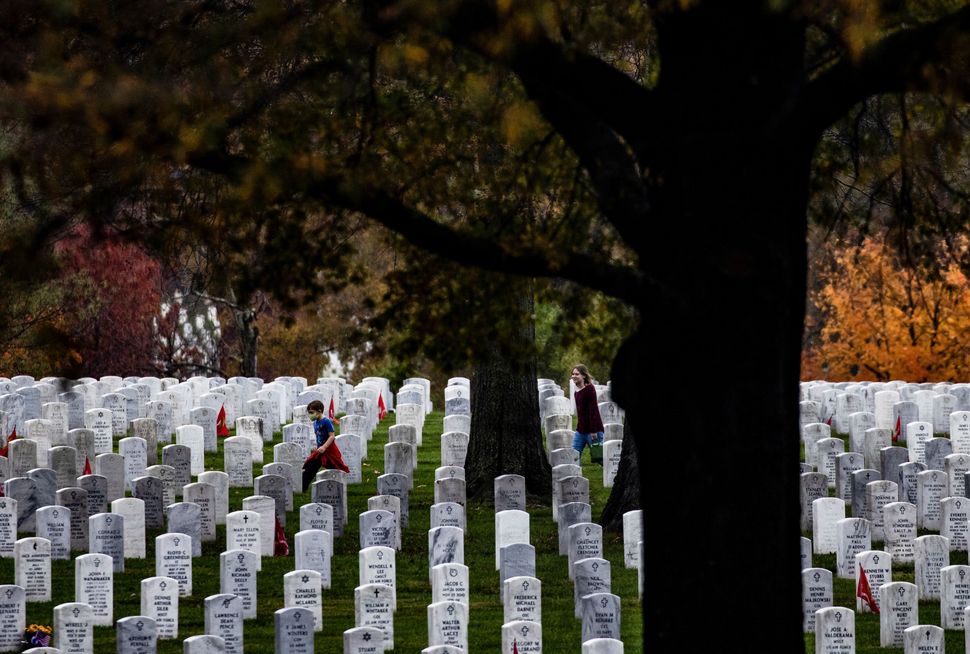 With little fanfare, the VA removed the headstones on Monday morning from Fort Sam Houston National Cemetery in San Antonio. The Military Religious Freedom Foundation, a group that advocates for troops and veterans who report discrimination in the military, had launched a campaign for the removal of the headstones in May after a veteran of Jewish descent saw them.

The VA rejected initial calls to replace the headstones, saying it was not legally permitted to unilaterally remove or alter the headstones under the National Historic Preservation Act. But the agency soon changed course after congressional lawmakers stepped in, announcing in June that it would remove them without setting a date.

It’s not clear why just the two tombstones, among those of 132 Germans buried in the cemetery’s prisoner of war section, have the Nazi inscriptions. Both of the deceased died in 1943. The tombstones were marked with a swastika inside a German cross and are inscribed, “He died far from his home for the Führer, people, and fatherland.”

Another tombstone with a swastika at a military cemetery in Utah has yet to be removed.

There are an estimated 860 World War I- and II-era German POWs buried in 43 cemeteries across the United States.