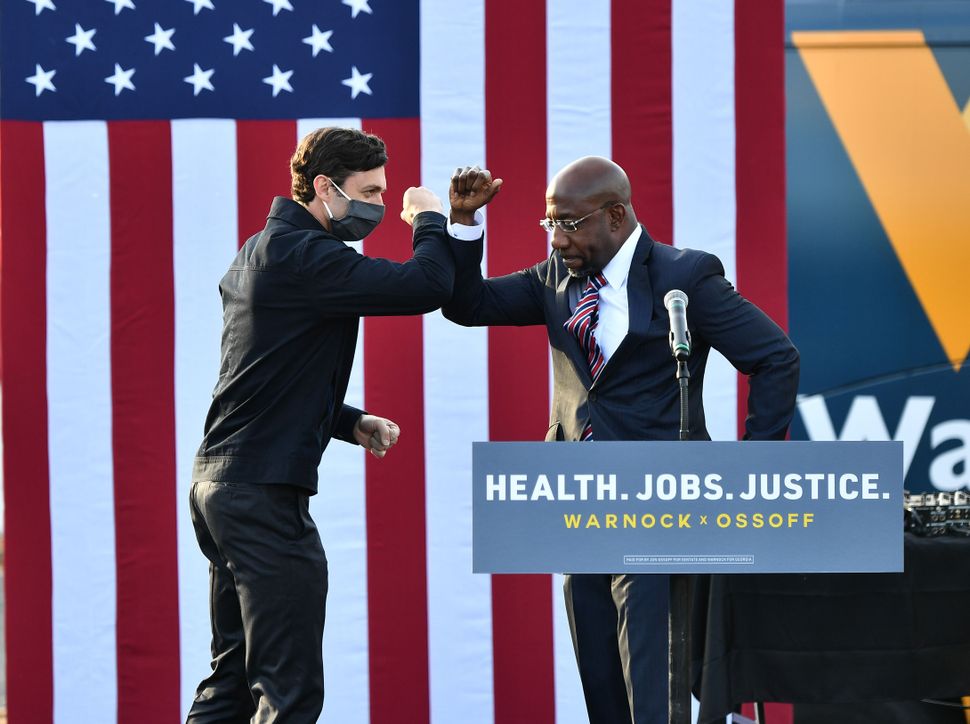 Raphael Warnock never shied away from the historic nature of his run to become the first Black Senator from Georgia. On the campaign trail, he regularly invoked his experience growing up in public housing before becoming minister of a prominent Black church in Atlanta before running alongside Jon Ossoff, the Jewish son of an immigrant (albeit, one from Australia), for two U.S. Senate seats.

“I think he and Dr. King are smiling in this moment,” Warnock told CNN. “We hope to make them proud.”

“I think [Rabbi Abraham Joshua Heschel] and Dr. King are smiling in this moment and we hope to make them proud” – Senator-elect @ReverendWarnock pic.twitter.com/ZYXsfh8cCI