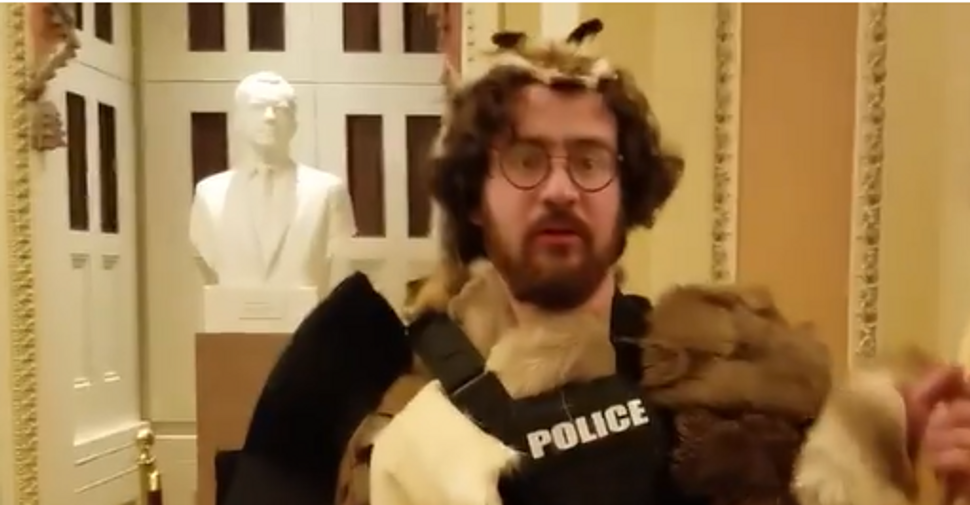 A screenshot of a New York Post video of Aaron Mostofsky, who was arrested Tuesday morning by the FBI. Photo by New York Post

The son of a Brooklyn Supreme Court judge was arrested Tuesday morning by the FBI for his participation in the Capitol siege last week.

Aaron Mostofsky, the son of Shlomo Mostofsky (who also goes by Steve) is facing four federal charges. He was photographed and videotaped inside the Capitol wearing a fur pelt.

Aaron Mostofsky’s brother, Nachman, leads an Orthodox Republican advocacy organization called Chovevei Zion in Brooklyn. Their father is a well-known modern Orthodox figure in New York and was the former president of the National Council of Young Israel.

Mostofsky said during a video from the siege that he believed the election was “stolen” from President Donald Trump.

Aaron Mostofsky, son of a Brooklyn Supreme Court judge, arrested by the FBI this morning for his participation in the Capitol siege, per @AaronKatersky

A spokesman for Shlomo Mostofsky told the New York Post on Friday that he had “no knowledge” of his son’s participation in the riot.