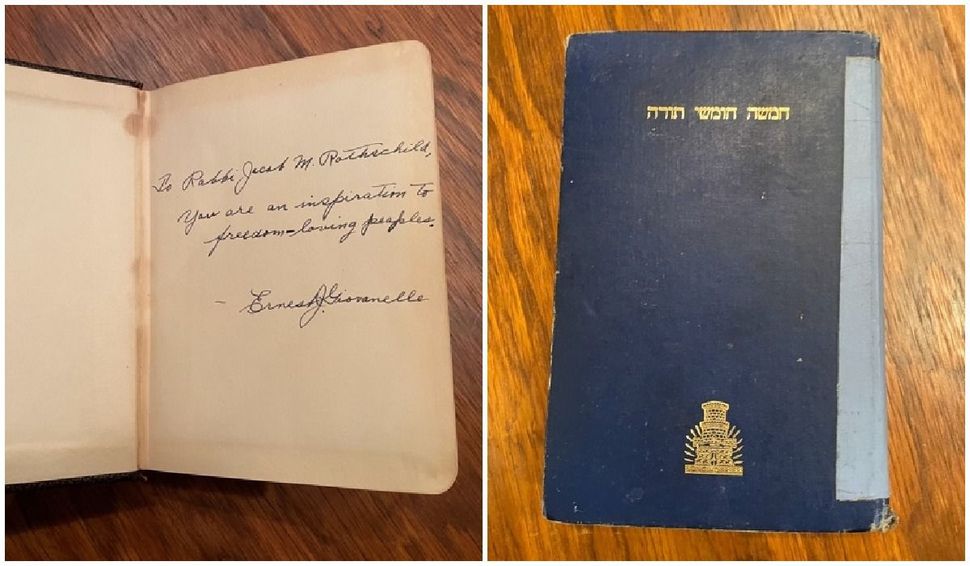 Jon Ossoff, the newly elected U.S. senator from Georgia, will be sworn in Jan. 20 using a Hebrew Bible that belonged to Rabbi Jacob M. Rothschild.

Rothschild, who died in 1973, is an icon of the Jewish South who played an integral role in the region’s civil rights and social justice movements. In 1946, the former army chaplain became the spiritual leader of The Temple. He used his pulpit to denounce segregation and build bridges to the city’s Black community.

Founded in 1860 shortly before the Civil War, The Temple is Atlanta’s oldest synagogue. Its distinctive domed roof can be seen from the major highways entering downtown and is a highly visible landmark of Atlanta’s Jewish community. During the 1950s and 1960s, the Reform congregation became a hub of civil-rights advocacy.

In the early-morning hours of Oct. 12, 1958, a bomb was set off at the synagogue, causing severe damage to the building. Five white supremacists linked to the KKK were arrested for the attack, but none were ever convicted.

In the wake of the bombing, the city’s leading civil-rights leaders — including Martin Luther King Jr., who was a close friend of Rothschild — offered support to the congregation. A full account of the attack was written by Melissa Fay Greene in the book “The Temple Bombing,” a finalist for the National Book Award. In it, Greene quotes from a speech that the rabbi gave to honor Dr. King. “He has earned his place as the moral leader of our social revolution,” Rothschild said.

Ossoff is one of 10 Jewish senators in the newly installed Congress. The 33-year-old native Atlantan grew up attending services at the historic Reform congregation. In an interview with Moment Magazine, Ossoff credited his Jewish upbringing with shaping his current ideologies. “I think that the values that were infused in my upbringing by my parents and grandparents and my synagogue – commitment to peace and justice and kindness – still inform how I approach my life every day,” he said.