6 things you should know about the Glazer family, the Jewish owners of the Tampa Bay Buccaneers 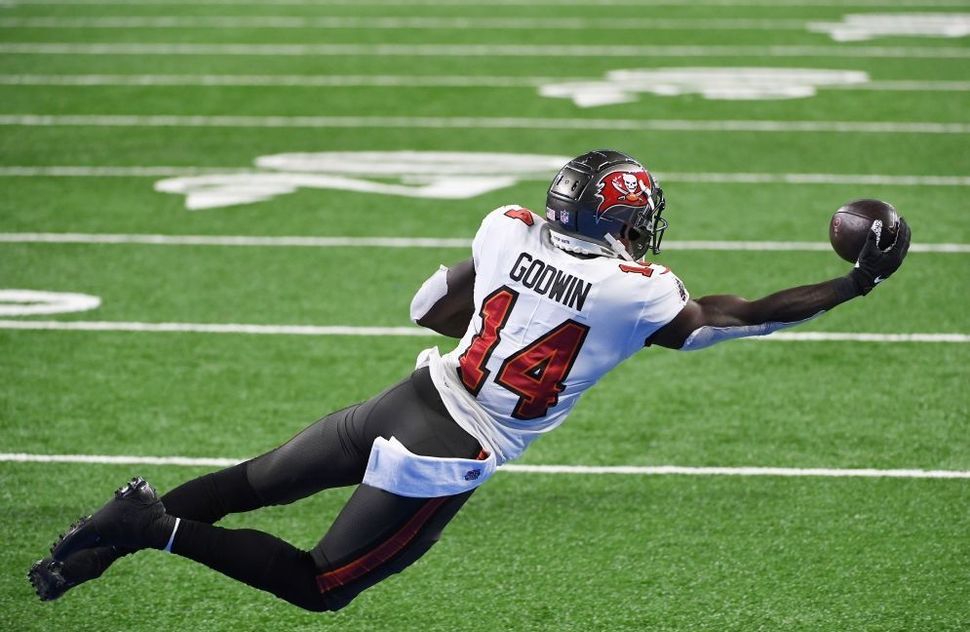 DETROIT, MICHIGAN - DECEMBER 26: Chris Godwin #14 of the Tampa Bay Buccaneers makes a seven yard reception for a touchdown during the second quarter of a game against the Detroit Lions at Ford Field on December 26, 2020 in Detroit, Michigan. (Photo by Nic Antaya/Getty Images) By Getty

It’s official: the Kansas City Chiefs will be playing the Tampa Bay Buccaneers in the 55th Super Bowl in Florida.

While there won’t be many Jews on the field, there will be at least one prominent Jewish family keeping a close eye from the stands – the Glazer family who have owned the Buccaneers since the mid-1990s.

Here’s a few things to know about the sports and real estate moguls:

The Glazer’s patriarch, Malcolm Glazer, was the fifth of seven children of Jewish immigrants, Abraham and Hannah Glazer. He was born in 1928 in Rochester, New York, where his parents had moved after immigrating to the U.S. from Lithuania.

They came from humble origins

Malcom Glazer’s father was a watchmaker, who passed away when Malcom was just 14-years-old. Glazer once recalled that his dad only left the family $300 in a cigar box.

After a brief and unfinished stint in college, Glazer followed his father into the trade and worked as a watch repairman on an army base in upstate New York. He made a modest income which he used to help support his mother. When the base closed, Glazer switched careers to real estate.

Like his parents, Malcolm Glazer had many children of his own, six in fact. The team is still owned by Glazer’s estate, but since his death in 2014 it’s been co-chaired by his sons Bryan, Edward and Joel.

The Buccaneers aren’t their only sports team

In 2005, the Glazers also acquired the famed British soccer team Manchester United. Since Malcolm Glazer’s death, it has been managed by his other son, Avram Glazer, who was the driving force behind the acquisition.

Bryan Glazer donated $4 million to the Tampa Jewish Community Center to help construct a 100,000-square-foot sports and recreation facility. The location was once the home of the Fort Homer W. Hesterly Armory, a former military installation that had been dedicated the day before the attack on Pearl Harbor. The campus was renamed the Bryan Glazer Family JCC.

The overall project cost $30 million and the JCC has been dubbed a “YMCA on Steroids,” according to the Tampa Bay Times.

The Glazers aren’t the only Jews on the team

In September, the Buccaneers signed Jewish quarterback Josh Rosen to their practice squad. The Buccaneers are Rosen’s third team in three seasons after being drafted to the Arizona Cardinals in 2018 and then being traded to the Miami Dolphins.

At the time of his draft, Rosen told the league’s online magazine that he was motivated to peform by the anti-Semitic slurs he often hears on the field. “It gets my competitive juices flowing,” Rosen said.

6 things you should know about the Glazer family, the Jewish owners of the Tampa Bay Buccaneers