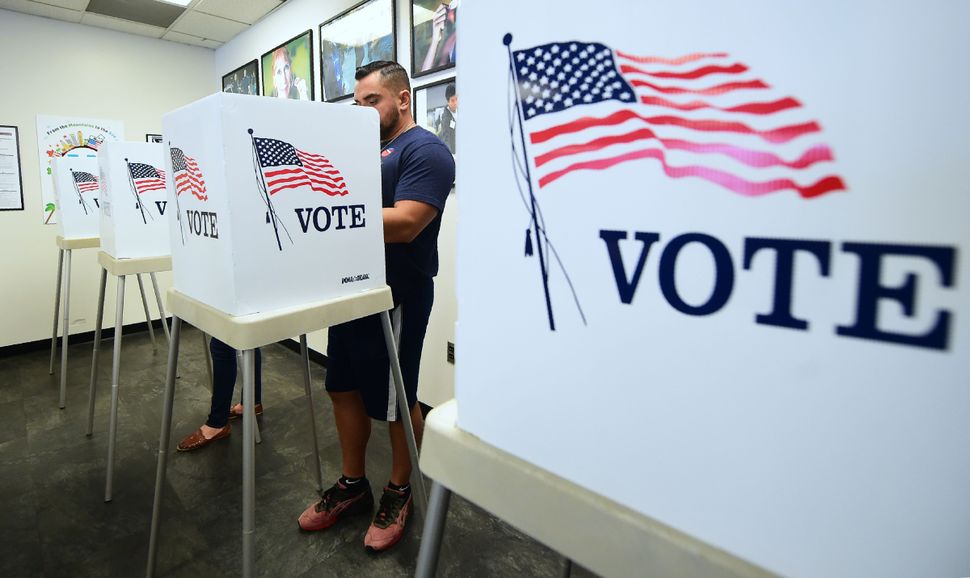 In the weeks after last fall’s presidential election, the heads of the Jewish Democratic Council of America and the Republican Jewish Coalition both filled social-media platforms and email inboxes with seemingly contradictory declarations of victory.

Halie Soifer, chief executive of the Democratic council, touted an exit poll conducted by J Street that showed Jewish voters supported Joe Biden over Donald Trump by an overwhelming 77-21 percentage point margin. The spin was that Jews in battleground states put Biden over the top.

At the same time, Matt Brooks, executive director of the Republican group, took a victory lap highlighting a different poll that showed Trump picked up 6% more Jewish support compared to 2016. Hey, we may have lost the White House, was Brooks’ counter-argument, but we are increasing our share of the Jewish vote.

Now, the Jewish Electorate Institute has released the most comprehensive look yet, based on data from 1,541,000 Jewish adults in hundreds of national surveys, The researchers from Brandeis University’s Steinhardt Social Research Institute found that a third of American Jews identify as independent rather than with either political party, and that Jews in the swing states of Florida, Ohio, Pennsylvania, Georgia, Michigan, Arizona, and Wisconsin split in similar patterns to their overall states.

Younger voters moving away from partisanship

Among Jewish voters aged 18 to 24, 42% identify themselves as independent, 44% Democratic, and 14% Republican. But a greater portion of these young Jewish independents lean Democrat — 50% — compared with 34% who lean Republican.

In comparison, among Jews over age 65, 27% consider themselves independent. Note to Brooks: As more Jewish voters move away from the Democratic Party, there may be more room for moderate Republican candidates to gain support in key swing states.

In the swing states won by Trump — Florida and Ohio — a third of Jewish voters identify as or lean Republican. In both states, less than 60% of Jews surveyed either said they were Democrats or Independents who lean Democratic — below the 65% national average.

In the states Biden won with a comfortable margin, Jewish identification with the Democratic Party matched the national average.