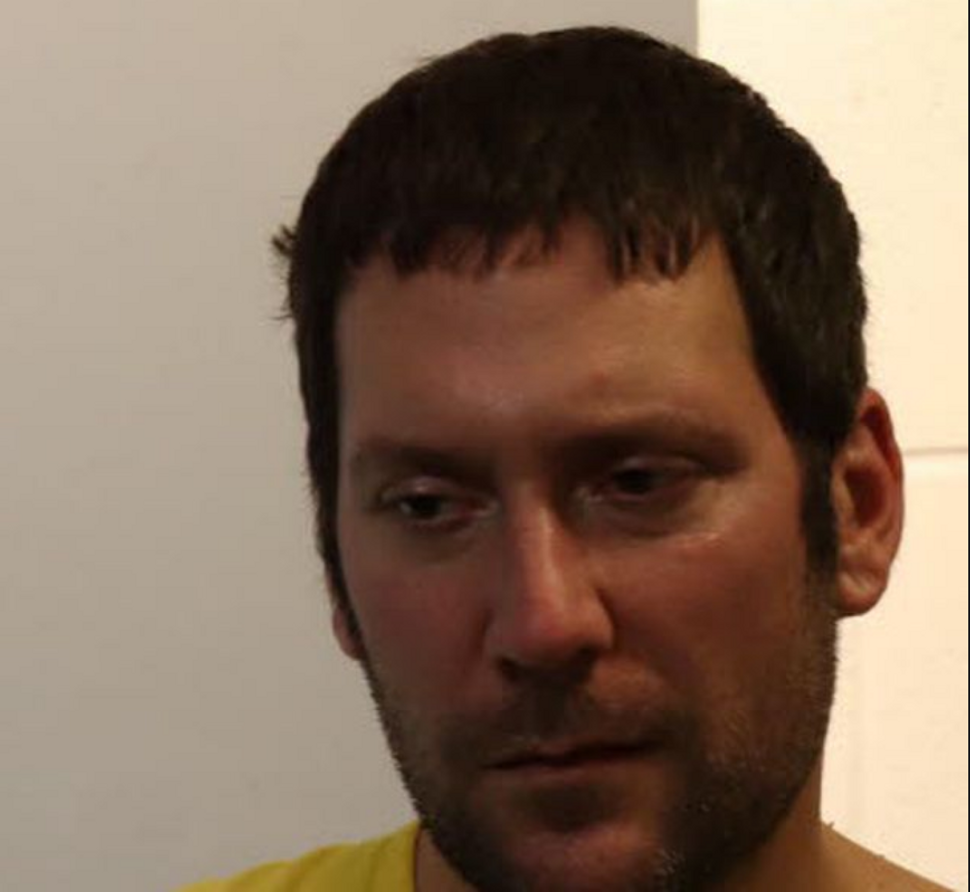 Some critics of indicted former tax collector Joel Micah Greenberg — and there are many — are confused about whether or not he is Jewish. Lynn Moira Dictor is not.

“Everyone thinks that with a name like Joel Micah Greenberg that he’s a member of the Tribe, but he’s not,” said Dictor, a liberal Democrat who launched her challenge to Greenberg before his arrest forced him out of the race. “He’s only Jewish when he’s talking to the Sisterhood. He plays to the audience that’s in front of him. He’s not ours.” 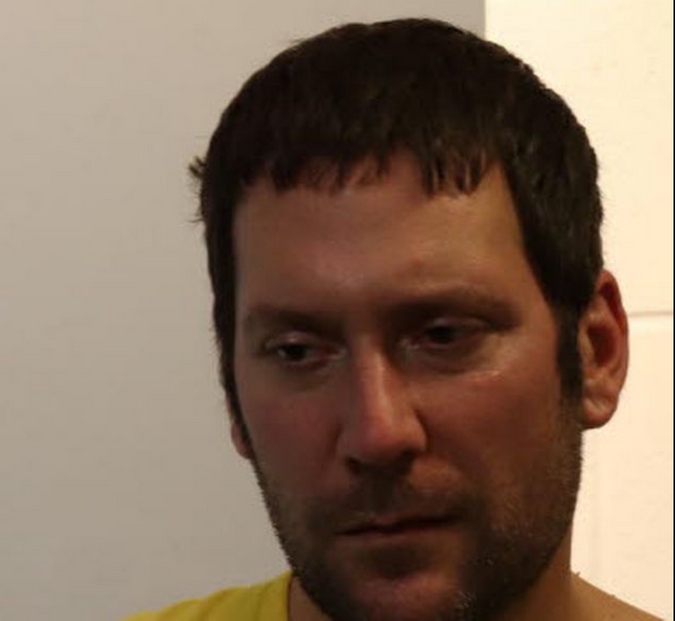 This comes as small relief to the Jews of Seminole County, which adjoins Orlando, where until recently Greenberg served as tax collector. He resigned from his elective office in June 2020, a day after being indicted and arrested by federal agents on a myriad of corruption and some other creepy charges.

Initially released on bail, Greenberg, 35, was later returned to jail for violating his court-ordered curfew.

In the last few days, Greenberg has entered the national spotlight in connection with an investigation of sex trafficking of a 17-year-old girl reported against U.S. Rep. Matt Gaetz (R-FL), a prominent backer of President Donald Trump.

Greenberg denies all the charges. Neither he nor his attorney could be reached for comment for this article.

Elected in 2016, Greenberg unseated a longtime incumbent in the Republican primary, accusing his opponent of “crony capitalism” for his personal financial dealings. For a time, Greenberg appeared to be a rising political star, thanks in part to his relationship with Gaetz, who dubbed him a future congressman, and dirty trickster Roger Stone.

Gaetz contributed the maximum amount to Greenberg’s campaign, and brought him along to a visit to the White House, according to the Times. 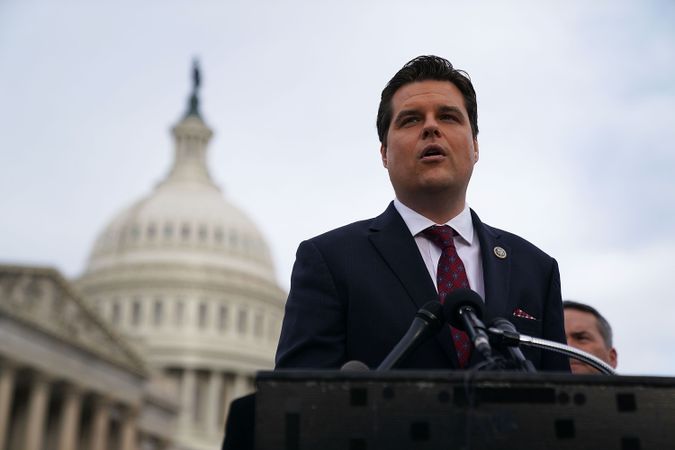 Greenberg, in turn, came to Gaetz’s defense when the congressman was accused of inadvertently inviting a Holocaust denier to Trump’s 2018 State of the Union address.

Greenberg told Buzzfeed that the congressman is a “champion of Israel and the Jewish people,” adding, “We may have to retroactively throw him a bar mitzvah.”

In any case, Grenberg was a questionable character witness. In 2019, the Orlando Sentinel reported that Greenberg, who owned an advertising company before his election, spent $3.5 million in consultant contracts, salaries to friends and associates. Greenberg spent close to $1 million in taxpayer funds, including purchases of body armor, weapons, ammunition and a drone.

Not long after, Greenberg was indicted on 14 federal charges, and arrested. Two more superseding indictments followed.

The depth of the charges against him are jaw-dropping. He allowed his employees to carry guns, once pulled a woman over for speeding flashing his ta collector badge, and started a fire when the computers he had bought using taxpayer funds to mine cryptocurrency overheated.

Most damning, in the third indictment, filed in August of 2020, was the charge that Greenberg had engaged in sex trafficking involving a minor between 14 and 17. The government alleged that he used his access to Florida’s database to recruit minors into a “sugar daddy” relationship, acquiring photos and driving license information.

In the second half of 2017, the indictment charged that Greenberg did knowingly “recruit, entice, obtain, maintain, patronize and solicit by any means the Minor Victim,” with the knowledge that his victim was underage and that he was seeking a commercial sexual relationship.

It was this allegation, the Times reported, that led federal investigators to Gaetz.

The federal indictment also alleges that Greenberg sent anonymous letters to a school where a political opponent worked claiming to be a student who had information that the employee engaged in sexual misconduct with a student, a charge Greenberg knew was false.”

The indictment further alleges that Greenberg created a bogus Twitter account, in the name of the same political opponent, representing the person as a segregationist in favor of white supremacy.”

Most concerning for Central Florida’s Jewish community has been the shonda factor – and a debate over how Jewish Joel Micah Greenberg actually is.

When Dictor spoke to Seminole County groups during her campaign, she would say that, if elected she would become the first woman, the first liberal Democrat and the first Jew to hold the office. Inevitably, someone in the audience would say, “What about Joel Greenberg?”

“It was embarrassing. I don’t mind being on the hook for Bernie Madoff or Elliot Spitzer,” she said, name-checking the imprisoned fraudster and disgraced former New York governor, “but not this guy.”

Dictor, a sharp-tongued former radio personality who lost the tax collector’s race to a Republican, is now chair of the Seminole County Democratic Party. She is still angry that the arrest robbed her of the chance to defeat Greenberg.

“I was hoping I was going to be elected because I was running against a flawed candidate, a flawed human being, and a horrible person,” she said.

He may or not be those things, but there’s little evidence he identifies as Jewish.

“One of the things I discovered when I had a public feud with Joel is that he is not actually Jewish” although his father is, said one community activist, who spoke on condition their name not be used for fear of retaliation. Greenberg’s immediate family are members of Northland Church, a moderate evangelical congregation in Longwood, an Orlando suburb, but Greenberg himself was not a regular attendee, according to the former pastor.

“He has occasionally referenced his Jewish heritage as a defense when accused of various bigotries, which is despicable,” said the activist, “but he is or was a member of a local Christian church, and had been since his youth. My understanding is that he had one Jewish parent, but that he grew up Christian. He is not involved with the Jewish community in any way, making his association with us even more embarrassing.”

Like Gaetz, his friend and political ally, Greenberg shares a combative approach to partisan controversies.

In August of 2018, Greenberg posted a gratuitous anti-Muslim remark on his Facebook page: “Name just ONE society in the developed world that has benefited in ANY WAY from the introduction of more Muslims. Just one. Asking for a friend.”

Greenberg justified his anti-Muslim comments to the Orlando Weekly, saying, “I’m Jewish, which is probably one of the most hated groups.”

Another politically active member of the Jewish community who spoke on condition of anonymity scoffed at the idea.

“I don’t know anyone in the Jewish community who knows him,” he said. “If he were to use his Jewish ethnicity and religion it would only be as a prop for a particular audience he wants to curry favor with.”