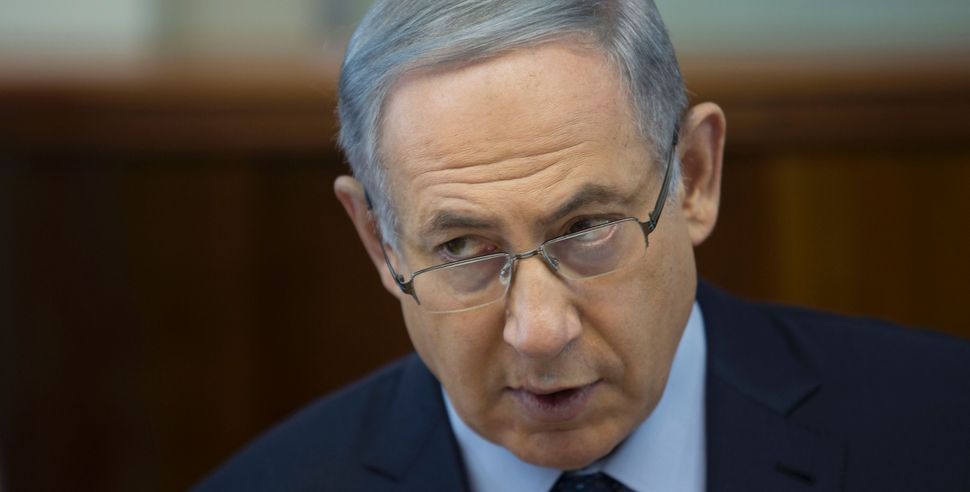 On Monday evening, after the end of the consultations, the possibility was raised that Lapid and Bennett could jointly request that Rivlin postpone his decision until Wednesday. Lapid was the first to say no.

Despite Netanyahu’s empty accusations and fearmongering that Rivlin is against him, the truth remains that Rivlin has, in fact, tasked Netanyahu with forming a government five times. He has given him more opportunities to build a government than any president has given to a prime minister in Israeli history. But he will not receive an apology from Balfour Street, in fact the opposite; they will only continue to slander him.

In the next 28 days, we will likely meet a Netanyahu we’ve never seen before; more desperate and dangerous than ever, with nothing left to keep him in check. He knows that at the end of this road a fifth election campaign does not await him, which would leave him in his preferred situation: The prime minister of an interim and paralyzed government. But this time he will likely face a Bennett-Lapid government. His days will be spent in the political opposition and in court.

We were shown a preview of what is to come on Monday with yet another demagogic, false and defensive speech attacking the judicial system, which dares to bring him to justice. The purpose this speech served in advancing his case was unclear, as was its political benefit. Maybe he was pressed by his family to come out on the attack. But it did serve as reminder to all who and what Netanyahu is, and the danger he poses.

To be sure, the panel of judges is not moved by his theatrics. In any case, Netanyahu was appealing directly to his most loyal supporters. For years he has been cultivating and inciting the burning hatred of his followers for his own advantage, preparing them to challenge any election results that are not in his favor, like his idol Donald Trump, who incited hooligans to riot on his behalf at the White House before attacking Congress at the Capitol.

Over the next four weeks, Netanyahu will seek deserters. He will make outlandish offers and have orthodox rabbis pressure Bezalel Smotrich and Itamar Ben-Gvir to agree to give the United Arab List a stamp of Kosher approval. He will defy Israel’s Basic Laws, perhaps the Basic Law on the President of the State.

At the same time, however, these four weeks will give sufficient time to Yair Lapid and Naftali Bennett to agree on the composition of their joint government. They are already in the midst of intense negotiations in an attempt to reach an accord that will give them broad enough support to justify Rivlin giving them the mandate. It hasn’t worked yet, but the direction is clear. Bennett will serve as prime minister first, followed by Lapid in a unity government, relying on a handful of votes from Arab lawmakers or alternatively, rustling up a few deserters from the other camp.

Rivlin hinted on Monday that if the candidate he selects to form the government fails, he will consider turning the decision to the Knesset, forgoing tasking the formation of a government to a different lawmaker. However, if another lawmaker presents him with proof that they can form a sustainable government Rivlin will likely agree.

We have watched the president spend long hours facing the representatives of the 13 elected parties. He told every delegation what they didn’t want to hear; he asked Likud to suggest an alternative candidate on its behalf, in case ethical considerations factor into his decision. It was fascinating to see how their faces fell the moment they heard the word “ethical”.

It was also no accident that Netanyahu chose Public Security Minister Amir Ohana to represent Likud over lawmakers Tzachi Hanegbi and Ofir Akunis, who have a greater respect for Rivlin. Netanyahu chose Ohana to send a message to Rivlin, and Ohana did not disappoint. In his characteristically confrontational style, Ohana declared that he came directly from Netanyahu’s trial “in the name of the truth and justice.” Rivlin, in shock, responded, “That is your opinion, not that of this house.”

A final word on Gideon Sa’ar: if he had recommended Lapid on Monday, the representatives who came after him would have given Lapid a majority. However, he couldn’t do this not because of his election promises (he said he wouldn’t join a “Lapid government,” not a rotation government) or because he expects his political fortunes to rise, but mostly because Bennett and Lapid, unable to reach an agreement the night before, each endorsed themselves.