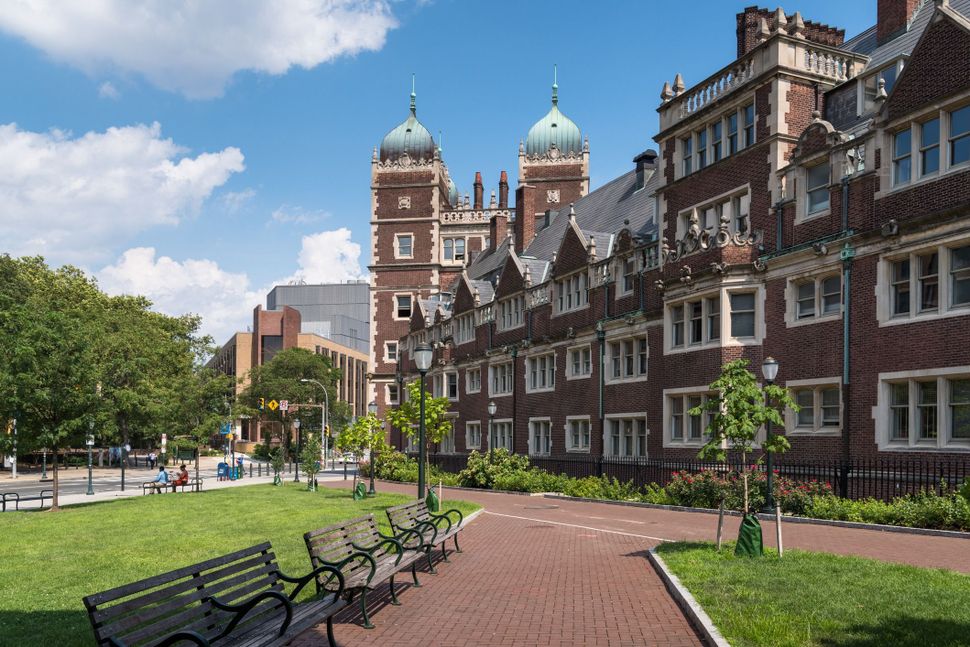 The University of Pennsylvania campus. Photo by Pkujiahe/iStock/Getty Images

Amid ongoing calls from Jewish students and alumni for the date to be moved, the University of Pennsylvania has said it will not be altering the date of its planned commencement ceremony, which currently falls on the Jewish holiday of Shavuot.

As of Tuesday morning, more than 1,600 individuals had signed a petition asking that the university move the date to accommodate observant Jewish students. The petition claims that the May 17 event will force students to “choose between attending sacred religious festivities and attending their once-in-a-lifetime college commencement ceremony.” Shavuot, a festival that celebrates the giving of the Torah at Mt. Sinai, begins this year at sundown on Sunday, May 16, and ends at sundown on Tuesday, May 18.

The festival is typically practiced by attending synagogue services and abstaining from technology, so observant students who do choose to attend the graduation ceremony would not be able to drive or take photos, The Daily Pennsylvanian reported. Due to ongoing pandemic-related restrictions, guests are not permitted at the event, so Orthodox Jewish families who planned to watch their children graduate from home would not be able to view the live-stream as it’s occurring.

In the view of Yoni Gutenmacher, a Penn senior and one of the first three students who emailed the administration asking for the accommodation, the university is failing to make commencement accessible to its students. According to Hillel International, 17% of the student body at the University of Pennsylvania identifies as Jewish.

“The reality is, if any group of students is affected by this, no matter how small, I think it’s our responsibility to care about them,” Gutenmacher told the student newspaper. “Especially in a year like this, where seniors have had everything taken away from them, finally giving them graduation and then telling these students that [their] families not only can’t attend but can’t even partake remotely, is devastating.” The response from administrators came a week after three students emailed administrators on March 18 asking for the date to be moved. The university declined the request in an email to 40 Orthodox Jewish students, according to the student paper, citing “logistical hurdles.” Accommodations for observant students who choose to attend in-person would be provided, they explained, including an offer for a verbal coronavirus symptom check-in at the entrance instead of an electronic one, and that the event would be recorded for families to watch at a later date.

Some alumni expressed their disappointment with the university on the petition comment section.

“It is unthinkable that the university would deprive students and their families of this important milestone during this time of COVID,” wrote Marc Melzer, a 2005 alumnus of Penn’s law school, “which has already deprived us all of so much.”