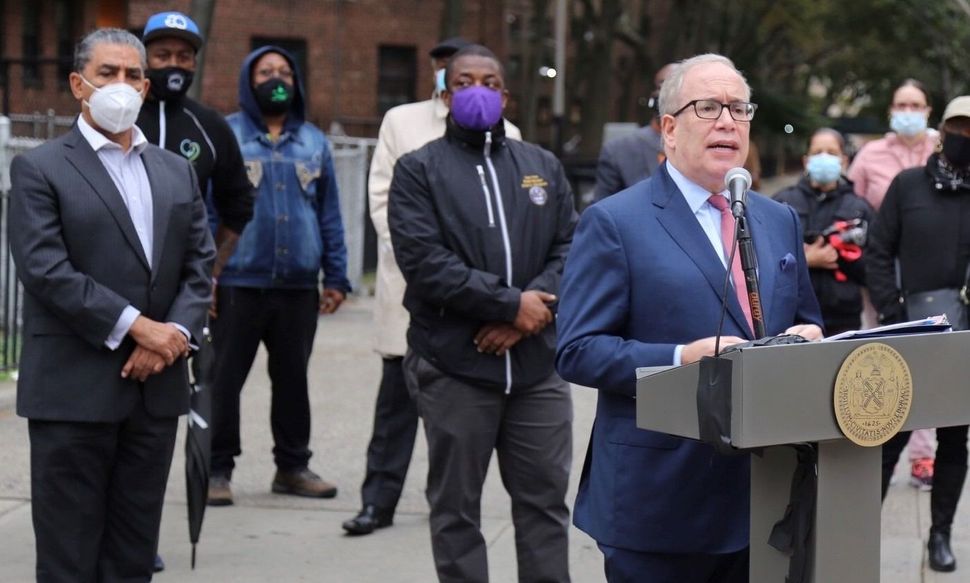 Ruth Messinger, who in 1997 became the first woman to win the Democratic nomination for New York’s mayor, has announced her support of Scott Stringer for the job.

In a press release on Thursday, Messinger called Stringer, the city’s comptroller, a leader “who is tested, serious, and up to the task at hand” to manage the city in the post-coronavirus era. He competes in a crowded Democratic primary on June 22.

Messinger, 80, like Stringer, served as Manhattan borough president before launching her mayoral campaign. She lost to former Mayor Rudy Giuliani, who was running for re-election, by 17 points.

In a recent op-ed for the Forward, Messinger suggested that the outcome of the mayoral race is something “that all American Jews should care about — New York is, in its population and in its soul, a Jewish city we all have a stake in.”

Stringer, 60, is a top-tier candidate, competing with Eric Adams, the Brooklyn borough president, for second place behind frontrunner Andrew Yang, according to recent polls. Stringer, who is Jewish, has been a frequent leader on progressive issues and, despite his long tenure in government, has regularly challenged the establishment. He recently got a boost with the endorsements from the Working Families Party and the United Federation of Teachers.

Stringer was first elected to office in 1992, representing the Upper West Side and parts of Hell’s Kitchen in the State Assembly. He succeeded then-Assemblyman Jerry Nadler, who launched a successful bid for Congress. From 2006 to 2013, Stringer served as the borough president of Manhattan. In his 2013 campaign for comptroller, he beat former New York Governor Eliot Spitzer in a hard-fought primary that was considered a longshot bid.

Stringer said he was honored to receive Messinger’s backing, describing her as “a trailblazer who set the standard for public servants.”