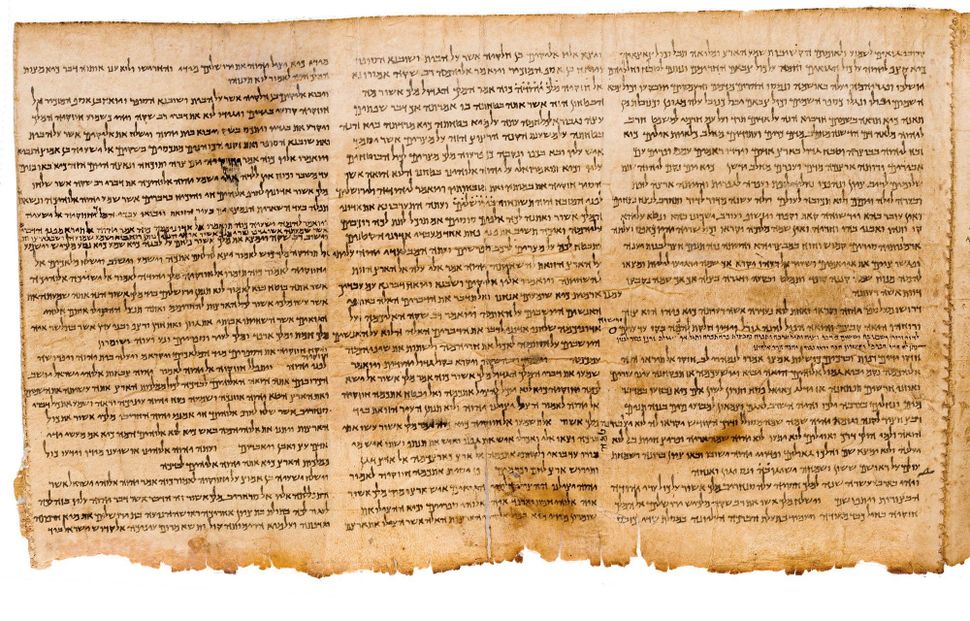 Technology has enabled new insight into ancient documents that have fascinated and often mystified scholars of Jewish and religious history since their discovery around 70 years ago.

Researchers at the University of Groningen in the Netherlands used artificial intelligence to analyze the longest text of the Dead Sea Scrolls, running at 24 feet long and consuming 17 pieces of parchment.

The Great Isaiah Scroll, according to the newly published research, was written by two scribes with very similar handwriting, not one author as previously thought. The Groningen study notes that those previous explanations of authorship were based on educated guesses.

“We will never know their names,” Mladen Popovic, one of the authors of the study, said in a statement. “But after 70 years of study, this feels as if we can finally shake hands with them through their handwriting.” The study suggests that the writers were trained together, perhaps in the same school or even the same family, such as “a father having taught a son to write.”

In one of the 20th century’s most important archaeological discoveries, the Dead Sea Scrolls were first found in 1947 by a Bedouin shepherd in the Qumran caves, in an area located in the West Bank.

The Scrolls, which include the oldest known complete version of the Hebrew Bible, date to the third century BCE and are written in Hebrew, Aramaic, and Greek. The Scrolls pre-date the next most ancient known transcription by nearly 1,000 years.

The AI pattern-recognition technology singled out the Hebrew letter aleph, which appears in the scroll more than 5,000 times, to identify the unique calligraphy of the two writers. The researchers also found key junctures in the manuscripts where one scribe transitioned to the other, and noted those differences were most apparent in the second half.

The new study was conducted through a project funded by the European Research Council, and the findings were first published in the prestigious scientific journal, PLOS ONE on April 21.

“This opens a new window on the ancient world that can reveal much more intricate connections between the scribes that produced the scrolls,” Popovic said. “Our next step is to investigate other scrolls, where we may find different origins or training for the scribes.”