In first of its kind, archeologists find an ancient ‘lucky’ oil lamp in Jerusalem 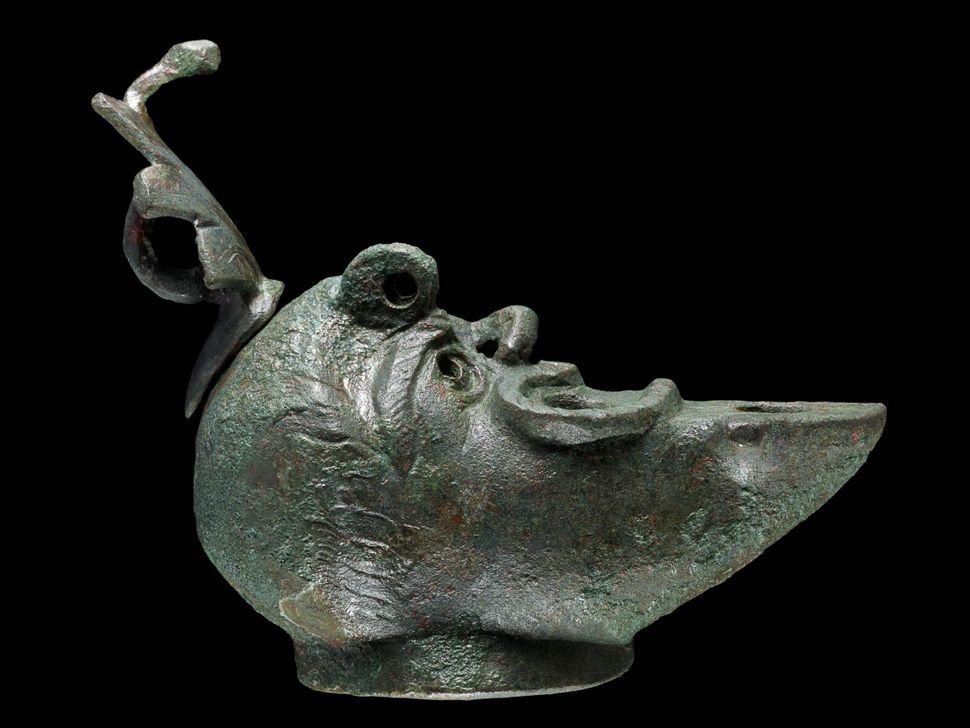 Half of the rare lamp. Until now, only a few of these lamps have been discovered throughout the world. Photo by Dafna Gazit

A rare oil lamp, believed by archeologists to have been intended by ancients to bring good fortune, was uncovered in a recent excavation in Jerusalem at the City of David National Park.

The lamp was discovered at the foundations of a building which once stood on the famed pilgrimage road of ancient Jerusalem. Ari Levy and Yuval Baruch, archeologists with the Israel Antiquities Authority (IAA), the group that made the discovery, said in a press release that they believe the rare bronze lamp had been intentionally deposited in that location to bring luck to the building’s residents. The lamp may also have been related to protecting the Siloam Pool, the city’s main water source.

The lamp, according to the archeologists, dates back to the Roman Period, after the sacking of Jerusalem and the destruction of the Second Temple in 70 CE. Ritual object burial under important buildings was common during that period, they explained.

“Foundation deposits – offerings – were prevalent in the ancient world, and were intended for luck,” Baruch and Levy said.

This discovered artifact is shaped as half of a lamp, and was constructed by pouring liquid bronze into a sculpted mold in the shape of a grotesque, bearded man. A Roman artistic motif, similar to a theatrical mask, adorns the lamp on the outside, and the tip of it is shaped as a crescent moon. The lamp’s shape – as half of a grotesque face – is part of what makes its discovery historic, and researchers are now debating what the shape implies about its intended use. 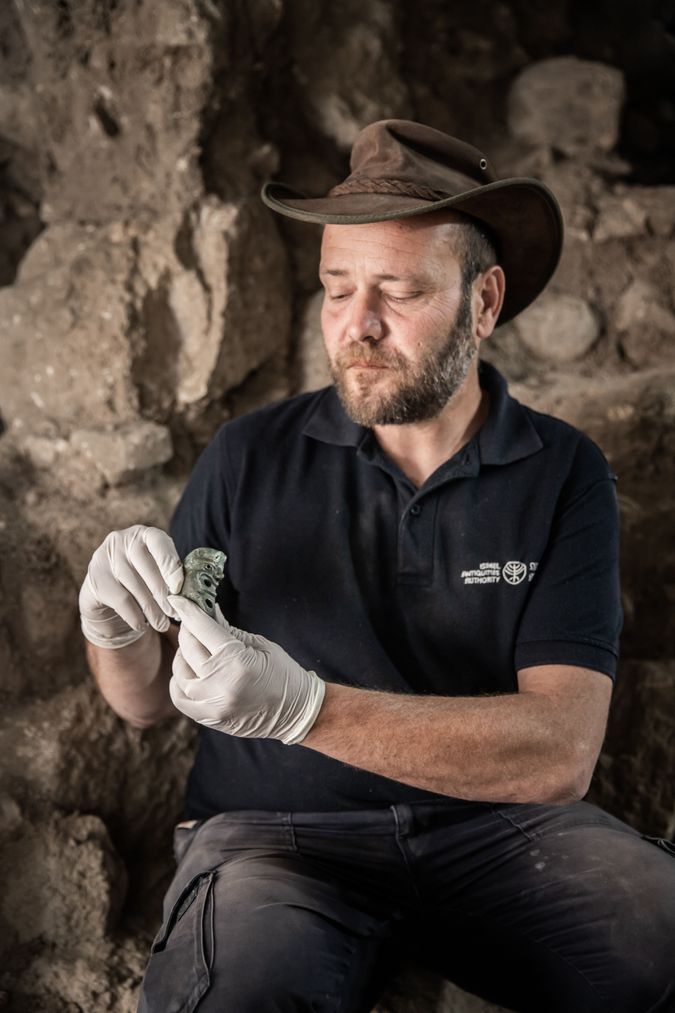 Archaeologist Ari Levy of the Israel Antiquities Authority, with the lamp he found. Photo by Koby Harati

Now, the IAA has handed the lamp off to their metal laboratory for treatment and preservation. There, one researcher made an unusual discovery: Inside the lamp, its wick had been preserved, and a microscopic analysis was able to conclude it was made of flax.

“This lamp is a very unique find, and as far as we know, the first of its kind discovered in Israel,” said Levy, the lead researcher for excavations.

In first of its kind, archeologists find an ancient ‘lucky’ oil lamp in Jerusalem